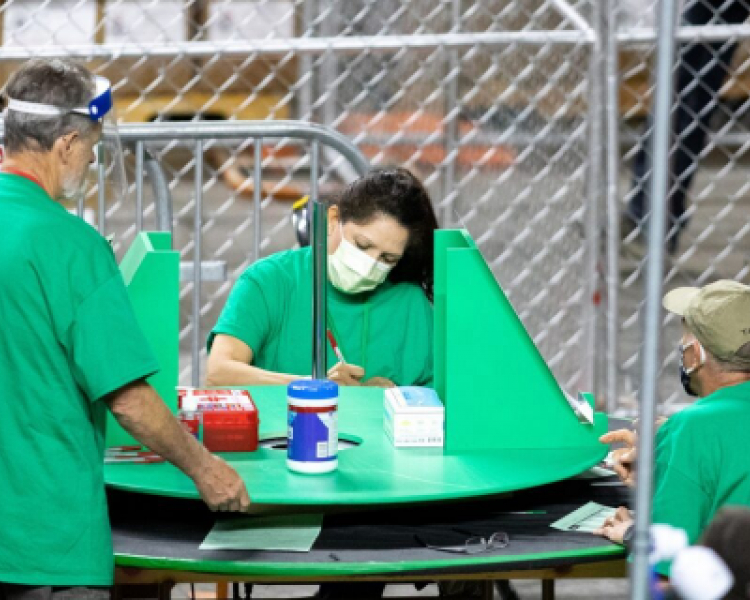 ARIZONA AUDIT FINISHES WITH HAND COUNT, CLOSING IN ON END OF PAPER EVALUATION 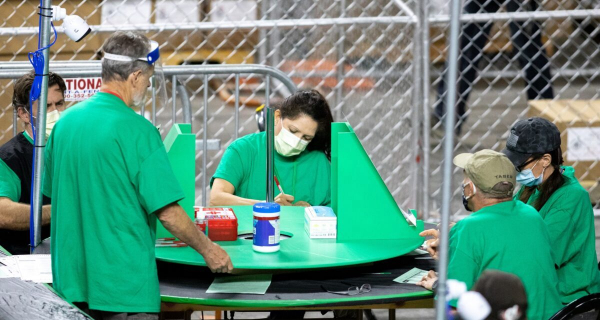 Audit teams, led by Florida-based Cyber Ninjas, finished counting virtually all of the nearly 2.1 million county ballots earlier this week, except for under 100 braille ballots. Workers were shifted to performing evaluation measures on the ballots after they finished the counting.

Teams are looking at “anything related to whether the ballot was authentic,” Ken Bennett, the former Arizona secretary of state who is serving as the state Senate’s audit liaison, told The Epoch Times last week.

That includes examining ballots said to have been mailed in for folds, using microscopic cameras to determine whether marks on the ballots are properly aligned, and looking at the depression made in the oval to try to figure out whether it was filled out by hand or by a machine.

Workers are also recounting some boxes of ballots as a sampling method to compare to the original count, Randy Pullen, a former Arizona Republican Party chairman who is another spokesman for the audit, told reporters.

Pullen declined to give an estimate on how many ballots are left to inspect, but at the current rate of examining over 100,000 ballots per day, auditors except to complete the evaluation phase by June 26, Bennett’s team said Wednesday night.

Auditors have been conducting the audit at Veterans Memorial Coliseum in Phoenix since April, after the Maricopa County Board of Supervisors refused to let the election review take place at county offices. Hundreds of machines used in the 2020 election were transported to the coliseum, which is about 1.5 miles from the state Capitol, along with the ballots cast in the contest.

The Arizona Senate has control of the coliseum through June 30.

After auditors complete their work, they’re expected to take about a week to compile their findings, according to a scope of work document published by Cyber Ninjas.

Teams are still examining data pulled from the machines as the ballot evaluation continues, according to Bennett.

A final decision has not yet been made as to a proposal to pull in a California-based nonprofit to tabulate votes using ballot images.

“Still working on that,” Bennett recently told The Epoch Times.

If the proposed work happens, the Arizona Senate would have three sets of numbers to compare—the original tabulation, the auditors’ figures, and the nonprofit’s tabulation.

Arizona senators have said they’ll use the findings from the audit to inform future election integrity bills. The Arizona Senate ordered the audit in December 2020, citing public concerns about how the 2020 election was run.