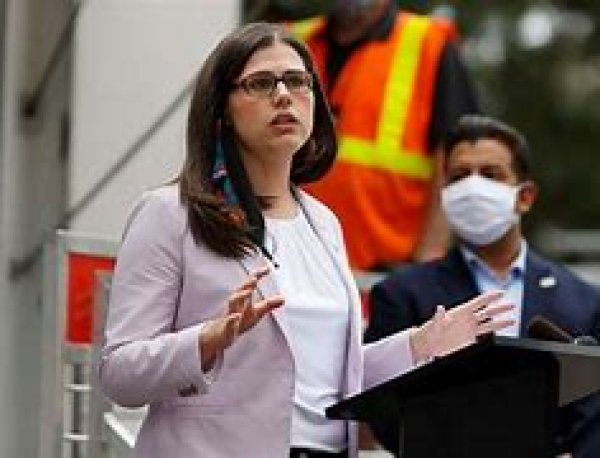 November 19, 2021  Denver, Colorado - Today an explosive case, Hanks et al v. Griswold was filed in Denver District Court. The most damning facts of the case claim that Colorado Secretary of State Jena Griswold and her employees destroyed election records from the 2020 election. Griswold and other Colorado election officials are required by state law to preserve those election records for twenty-five months, and by federal law for twenty-two months. The relief sought in this case is a full, independent forensic audit of Colorado voting systems and the 2020 election in Colorado so citizens’ trust in their elections might be restored.

When asked whether the deleted elections records were significant or simply inconsequential extra files on election servers, or electronic voting equipment, Col. (ret.) Shawn Smith USAF systems testing expert stated, “The Federal Election Commission’s 2002 Voting System Standards, which are a mandatory standard for Colorado voting systems, require voting systems to maintain and produce ‘all audit trail information,’ including operating system and hardware. The Department of Justice has already confirmed that digital records ARE election records. The federal and state statutes that require preservation of election records were written for the EXACT purpose of ensuring the availability of records EXACTLY like the those destroyed by the Secretary of State.”

A second claim in the case states that Griswold “failed to employ a federally accredited laboratory to test Colorado voting systems before the 2020 election.” When investigating whether the claim is a mere clerical oversight, the exhibits included in the case show otherwise. Griswold’s selected testing lab’s, Pro V&V’s, accredited status expired in 2017. The next time Pro V&V was officially accredited was 2021. However, in 2019, Griswold issued an official letter [exhibit 1] approving Pro V&V’s test plans, and Griswold cited that testing in her certification of Colorado voting systems used in November 2020. Within the forty-seven months Pro V&V was unaccredited, meaning the lab was not qualified to conduct proper electronic voting equipment testing, Griswold repeatedly used the testing lab and cited its testing reports.

Colorado voters shouldered all the risk when Griswold approved an unaccredited lab to test voting systems. Every single Colorado county used voting equipment during the 2020 election that was not properly tested, and the lapsed lab accreditation likely affected the voting systems used in the 2021 election, as well.

First, the rules ensure that any independent forensic audits of election equipment, which is exactly what Colorado citizens are asking for, are forbidden. Secondly, none of the people or parties Griswold identifies as being allowed to access voting equipment have adequate technical expertise to verify the electronic voting equipment.