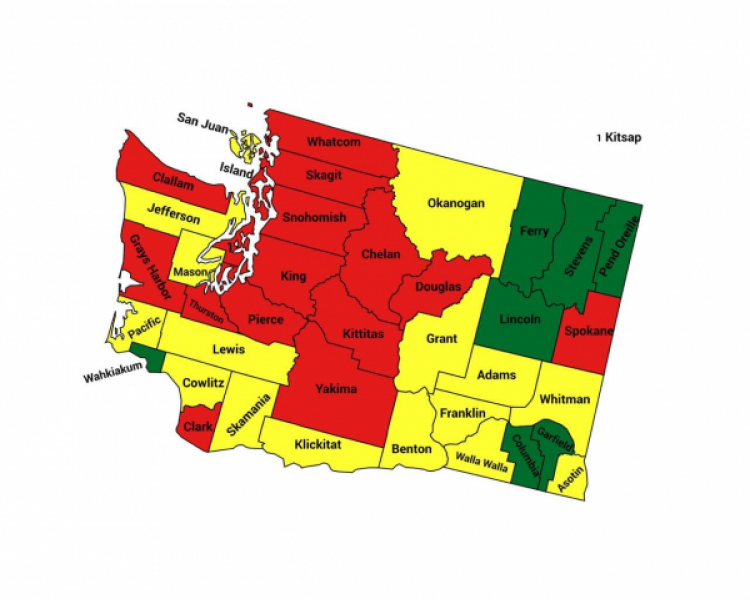 One of the best and most provable ways to identify fraud is through voter canvassing — going door-to-door to identify whether the county or state records match the actual residents living at the address. This usually involves checking both the party registration records, as well as the 2020 voter records to ensure that information such as name, address, and voting method all match.

If the number of errors proves large enough, it may also provide enough evidence on its own to demonstrate that there was an illegitimate certification of the election, and that it should be decertified and redone

To clean up voter rolls that have not been properly maintained. In some regions there are hundreds of thousands of registrations that need to be removed from the rolls.

Despite an outcry from prominent Democrats and Attorney General Merrick Garland who believe this amounts to “voter intimidation” (we think it must be them who are intimidated by an open audit), it’s possible to interview voters to verify key information without asking who they voted for.

Canvassing is particularly good at identifying “phantom voters” — fake or fraudulent names and addresses added to the voter registration rolls for the purpose of injecting fake ballots that appear real. It appears that this is a common tactic in the overall strategy of manipulating elections.

Thanks to the diligent canvassing efforts in the following states, alarming anomalies and irregularities are being uncovered.

The original scope of the Maricopa Forensic Audit included voter canvassing — directly interviewing voters and visiting registered addresses to confirm that official records match how residents actually voted. The Federal Department of Justice swiftly enacted significant pressure against this canvassing, saying that it equated to “voter intimidation”, and would be potentially illegal. This blockade of the Senate’s efforts forced them to focus on the remaining aspects of the audit.

But hundreds of private citizens such as those led by Liz Harris had already begun their own grass-roots canvassing effort, visiting 11,708 residential properties and gathering data on 4,570 voters. On Sep 8, 2021, Harris shared her report revealing that:

Out of 964 residents interviewed who were on record as having not voted — over 34% of them said they actually did vote. 1 in 3 of these voters had their votes “lost”. If this rate is applied to the entire county, this would account for 165,518–180,690 lost votes. A similar survey in Nov 2020 found an even higher rate of 50.1% of mail-in ballots not being recorded.

5.66% of the interviews identified “phantom” voters who did not reside at their specified address, yet submitted mail-in ballots. This could affect an estimated 96,389 mail-in ballots out of the 1.7 million total. They discovered repeated instances over 8+ years whereby this occurred.

In some cases the ballot was crossed out and returned to the county, at other times the ballot was retained by the real resident; yet in both of these types of cases, ballots were somehow recorded as “returned”, and a vote was counted.

The team is also surveying all Arizona residents via a form at canvass50.com, asking as many residents as possible to identify which method they used to vote during the 2020 election, so that any issues with the county records can be identified.

READ THE FULL REPORT ON ARIZONA

Sherronna Bishop reports that the canvassing efforts — going door-to-door verifying voters’ information — is indicating that around 5% of ballots in Mesa County may have been cast via faked or “phantom” registered voters. 1 Weld County and Pueblo County are showing potentially even higher rates. They have discovered residents who have stated that they didn’t vote yet official records show that a vote was submitted under their name, similar to what was discovered during Arizona canvassing. Details and written affidavits are being finalized, and we hope to hear further results soon.

Note: We have not confirmed which organization has been running this canvass, but it’s quite likely that it’s USEIP in Colorado.

READ THE FULL REPORT ON COLORADO

They estimate well in excess of a million “phantom votes” (votes made from false addresses) in the 2020 election, which had over 11 million votes cast. Despite all of this, Florida trended 2.3% more Republican in 2020.

Here are some preliminary results:

They have now collected official legal statements (affidavits) from over 1,500 residents identifying the anomalies:

More results expected soon. Visit DefendFlorida.org for more information and to find out how to get involved.

READ THE FULL REPORT ON FLORIDA

Jacky Eubanks, candidate for Michigan State Representative, is leading a grassroots canvassing effort, going door-to-door verifying ballot and voter information from the 2020 election. She started with her hometown of Chesterfield, Michigan, in north-east Detroit, and described her findings as “both alarming and disgusting”. Roughly 18-20% of residences had anomalies or irregularities. Biden’s winning margin in the state was only 2.8%. The types of anomalies include:

The registered voter does not exist at that address, and has not for 2–25 years

The registered votes does reside at the address, but states they did not vote, despite a vote being recorded in their name (some even producing their uncast absentee ballot)

Addresses associated with businesses, which is illegal

Incomplete addresses, such as specifying a building number but no apartment number

She also found that cities in Macomb County have an unexplained excess of 170,000 more registered voters than people of voting age (and that does not even account for citizenship status or felon status). Again, this number is higher in one single county than Biden’s winning margin of 154,188 votes in the state.

After presenting her findings to the Macomb County Clerk, he seems interested in knowing if these issues are more widespread, so the canvass is looking to expand to other cities.

Her results show similar irregularities, yet in even more alarming percentages than the results from the Arizona canvass effort.

READ THE FULL REPORT ON MICHIGAN

Using data from the state voter registration database, Skagit Voter Integrity Project volunteers knocked on over 3,000 Skagit County registered voters’ doors, detecting over 1,530 voter anomalies, and collecting over 1,750 written and signed affidavits. Many of these anomalies are potential or real phantom voters (voters who do not exist), including 830 cases where a listed registered voter of the address voted in the November 2020 election, but the voter does not live at the address.

READ THE FULL REPORT ON WASHINGTON

On Sep 28, 2021, the non-partisan coalition Patriots for Delaware relayed some alarming findings from their 2020 election canvass: 3

A high number of votes coming from some nursing homes who don’t have nearly that many beds:

296 votes that came from a nursing home with only 94 beds. That’s 315% votes coming from a facility that is rarely at full occupancy.

Several other nursing homes reported over 100%, while most facilities in the state reported anywhere from 0% to 75% votes in relation to available beds.

READ THE FULL REPORT ON DELAWARE

If you’re aware of other states that are canvassing, let us know in the comments below.

Canvassing can be a time-intensive task, and often many volunteers are needed. We recommend contacting existing organizations in your state to find out what canvassing efforts are underway and if you can volunteer. You can also try asking on these Telegram channels about what might be happening in your area.

Initiating a Canvass In Your Area

If nothing is yet organized you might be able to initiate one yourself:

Read USEIP’s County & Local Organizing Playbook which explains everything the Colorado team has learnt during their process.

Gather an initial core team of willing volunteers in your area, including people familiar with election data and processes

Identify the counties and cities with the most statistical anomalies — this will show you where to focus your efforts. Some good references are:

Create a clear plan for how you’re going to approach it, how many properties you will need to visit, what questions to ask, how to collate the results, and how best to collect written affidavits (legal advice would be important in getting this step right). Consider contacting the canvass organizers we mentioned above for their suggestions and advice — many will be willing to help.

Armed with a plan, recruit additional volunteers, run training for the team, in person (if possible) or online, to ensure the work is done accurately and consistently

Collate your findings into a database or spreadsheet, and write a written report on what was discovered. Get a third-party to review your report and findings.

Present your findings to your county officials and election clerk, if they’re willing, asking for further investigations such as a forensic audit. You could also contact state representatives that have voiced support for election integrity and audits.

Share your findings with us and any media organization who will listen (and don’t be discouraged by the many that will not!)

We’ll be glad to promote your canvassing effort and the results here on our site. Get in touch if you’re interested.

Results from the Arizona Forensic Audit came out on Fri Sept 24, confirming much of what we’ve been reporting on to date. Our article here provides a summary of the results, links to the full reports, and video of the auditors’ presentations to the Senate.