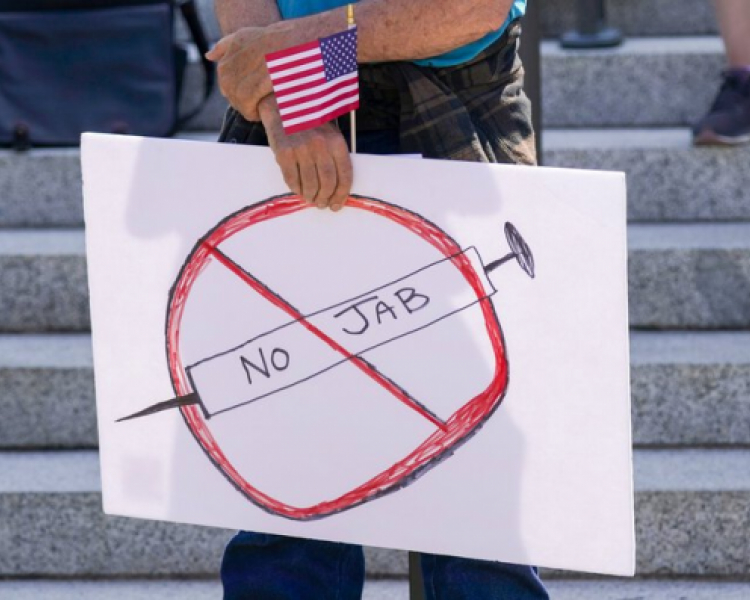 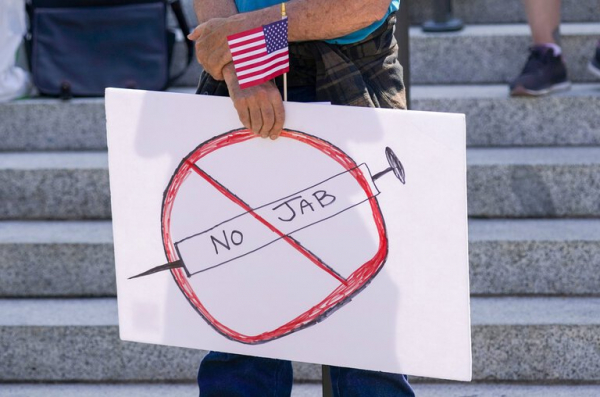 Reacting to a spike in coronavirus infections and hospitalizations driven mainly by unvaccinated persons, Inslee last month ordered all state employees and contractors, K-12 education staffers and health-care workers to get fully vaccinated for COVID-19 by Oct. 18 or lose their jobs.

Employees are allowed to seek medical or religious exemptions, but patrol employees and others have been told they could still face firing or reassignment even if their exemption applications are approved.

It also argues that Inslee’s open-ended emergency declaration, first issued on Feb. 29, 2020, is an unreasonable use of powers intended to be temporary. “By axiom, an event lasting over twenty months is not emergent,” the lawsuit states.

Inslee’s mandate is stricter than those announced by many other states and the federal government, which allow for weekly COVID-19 testing for workers who refuse vaccines.

Inslee’s office has defended his vaccination demand, which has been supported by public-health officials, who stress the COVID-19 vaccines are key to ending the pandemic that has killed more than 650,000 people in the United States, and 6,918 in Washington.

“These requirements are in full compliance with the law. We look forward to responding in court,” said Mike Faulk, an Inslee spokesperson, in an email.

The three vaccines authorized in the United States have been tested and found to be safe and effective, according to public-health authorities. Since February, more than 90% of hospitalizations and deaths in Washington occurred among people who had not been fully vaccinated, state health officials have said.

As of Wednesday, 65.4% of state residents 12 and older are fully vaccinated and 72.1% of residents in that age category have gotten at least one shot, according to state health officials.

While not yet releasing any figures on the percentage of state workers who are vaccinated or are seeking exemptions, the governor’s office has denied that a large swath of public employees will risk their jobs to avoid safe and potentially life-saving vaccines.

Still, some law-enforcement unions have predicted further staffing crises if the mandate is enforced. And some state government employees have publicly pledged to retire or quit rather than get vaccinated, arguing that their personal beliefs trump the state’s requirement.

The state patrol has received 373 religious exemption requests — the bulk coming from commissioned officers, said agency spokesperson Chris Loftis in an email. the patrol employs about 2,300 people, with roughly half commissioned officers and half civil service employees.

Delivered weekday mornings, this email provides a quick overview of top stories and need-to-know news, including the latest on the novel coronavirus.

Of those requests, 284 have been approved, but Loftis said no practical accommodations have been found for any of them so far, because patrol work necessarily involves contact with the public. He said employees assigned to offices or cubicles also cannot be accommodated under the state’s standards.

“If no accommodation can be made due to job classification or an offered accommodation or reassignment is not accepted by the employee, separation from employment may occur,” Loftis said.

An additional 80 requests remain under consideration, and nine rescinded their requests, Loftis said. The agency also has approved 22 medical exemptions.

RELATED: Pandemic Health Alliance - Tyrants Are Telling Us What To Do With Our Bodies

The First State Has Filed a Lawsuit Against the Biden Administration Over Federal Vaccine Mandates: Arizona