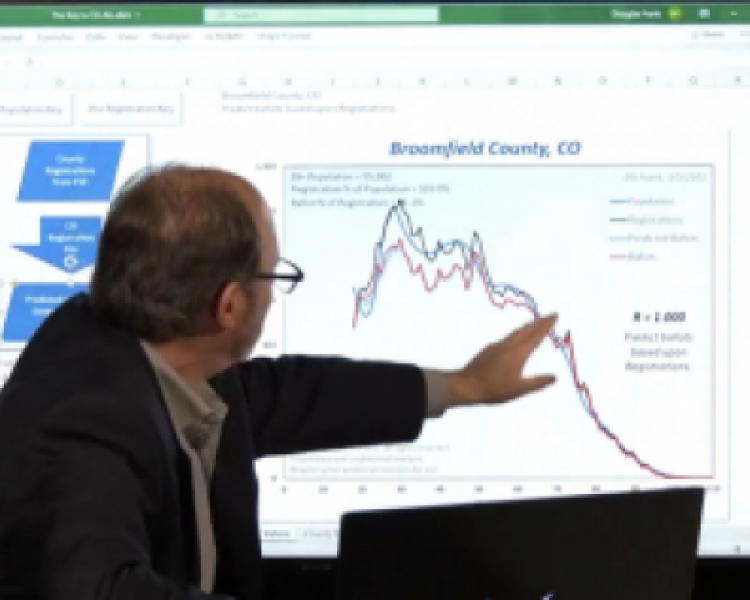 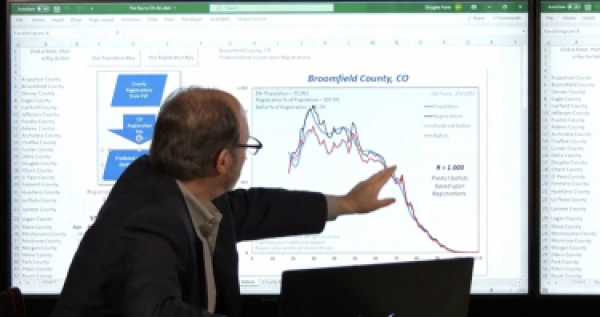 Dr. Frank holds a PhD in Surface Analytical Chemistry from the University of Cincinnati. He's an internationally recognized scientist with over fifty scientific publications. In 1990 Dr. Frank discovered and invented a technique for creating 3 dimensional images of molecules resting on surfaces. This led to a cover article in Science Magazine, which is the most read science magazine in the world.

Dr. Frank has spent countless hours since the 2020 election following the data of the election returns county by county across the U.S. and his mathematical investigation has revealed that there was absolutely massive cyber fraud in the 2020 election.

In Mike Lindell's television specials, Dr. Frank states that deviations and mathematical impossibilities could not have been done by humans, but were pre-programmed artificial intelligence and computers that were running before, during, and after the 2020 U.S. election.

Dr. Frank’s scientific investigation documented and proved that numerous states throughout America had more people voting than lived in many of the counties.

In numerous documented cases, voters showed up to vote at their precinct only to be told they had already voted, when in fact, they had not voted. What is now being revealed by the scientific investigation of Dr. Frank is that these Americans had their vote cast for them through a highly sophisticated computer program - Read more about the 2020 nationwide vote fraud HERE.