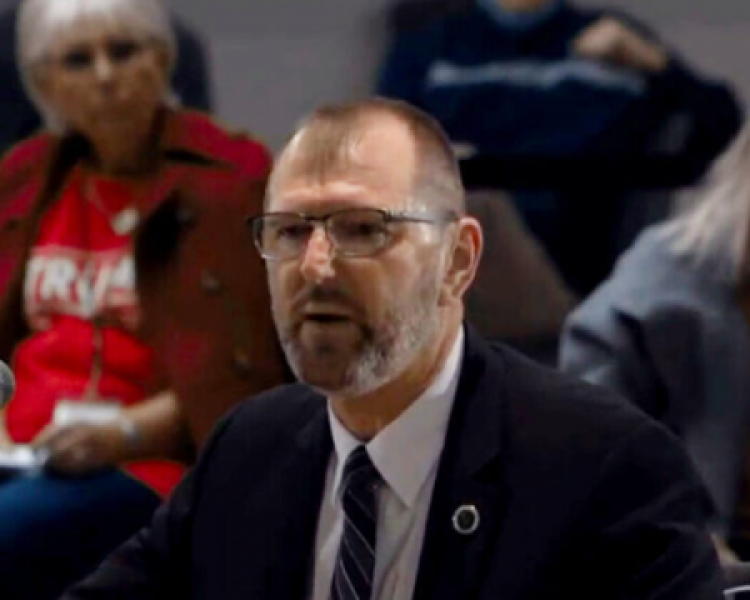 An alleged anonymous whistleblower’s email that was provided to a cybersecurity expert in testimony during an Arizona GOP state Senate meeting claimed that 35,000 fraudulent votes were given to each of the Democratic candidates in Pima County, Arizona.

A copy of the email was displayed during the event on Monday, as cited by retired Army Col. Phil Waldron. Waldron alleged that the information was from a Pima County tech support provider. The event was held by some Republican members of the Arizona State Legislature, which also included statements from President Donald Trump’s lawyers.

The whistleblower, who wanted to “remain anonymous,” told him that he provided that information to the U.S. Department of Justice, according to Waldron. The email stipulated that Pima County and the Democratic Party “added fraud votes in the initial vote-by-mail totals released at 8 p.m. on Nov. 3,” he said.

“There were approximately 35,000 fraud votes added to each Democratic candidate’s vote totals,” he said, adding that the number was “embedded in the vote totals.” The same whistleblower then asserted that he went to a meeting with the Democratic Party in Pima County on Sept. 10 that included a presentation about the embedded votes, adding that no phones or video recording devices were allowed, said Waldron.

Waldron said he was hoping that the individual would come forward to issue a sworn affidavit on what he saw. However, that didn’t materialize.

Arizona’s Secretary of State’s office and Pima County officials haven’t responded to a request for comment.

The secretary of state, Katie Hobbs, asserted that President Trump’s team’s claims about voter fraud and irregularities are not accurate. Other secretaries of state in places like Pennslyvania, Michigan, and Georgia said they’ve also seen no evidence.

“There’s no evidence to back it up, and it is not something that we have experienced here,” said Hobbs in a televised interview earlier in the month.  In other statements, Hobbs, a Democrat, said she’s received “ongoing and escalating” threats while accusing Trump and Republicans of fomenting chaos by contesting the election results—which is allowed under the U.S. Constitution.

The Department of Homeland Security’s (DHS) cybersecurity agency said earlier this month that the Nov. 3 election was the “most secure” one in U.S. history, saying there is no evidence the election was compromised by foreign or internal actors.

Waldron also asserted that voting machines that were used in Arizona could be connected to the Internet, posing a severe security risk. Dominion Voting Systems has denied that its systems are compromised, while a spokesman told Fox News last weekend that it’s not possible to switch votes from Trump to Joe Biden. Video here.