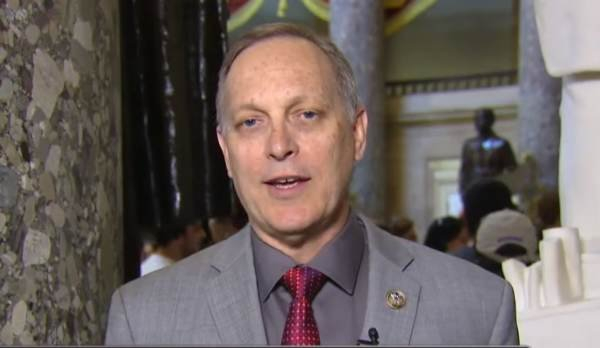 “Americans and Arizonans must have full confidence in our election processes and systems in order to maintain the bedrock of our constitutional republic. Although Arizona conducts elections with far more transparency and accountability than other states, there have been some issues raised about the integrity of some of our election systems within the state. For this reason, I am calling on the Maricopa County Board of Supervisors to go above and beyond to assure the public of the integrity of Maricopa County’s elections. Let’s leave no stone unturned in the pursuit of accountability and transparency,” Biggs said in a statement.

Biggs sent a letter to Chairman Hickman and members of the Maricopa County Board of Supervisors:

More than 3.2 million ballots were cast for the presidential election in Arizona, with more than 63 percent of those cast in Maricopa County. Yet hundreds of voters in Maricopa County have signed affidavits alleging their ballots cast in the November 3 election may have been discounted. Every voter has the right to know that his or her ballot was accurately tabulated.

TRENDING: WE CAUGHT THEM! Part 4: We Were Able to Replicate SAME IMPOSSIBLE BALLOT RATIO Found in Michigan's Kent County As Reported by Dr. Shiva – 20,000 Votes Switched from Trump to Biden

Arizona state law sets out various mechanisms to root out fraud and protect the integrity of the results. While the election margins may not be narrow enough to trigger a recount, you are permitted to conduct a 100 percent manual audit. State law requires a manual audit of a minimum number of ballots cast, both those cast early and those cast in-person on election day (A.R.S. § 16-602(B), (F)). The law does not, however, impose a ceiling on the number of ballots that may be manually audited. Maricopa County has full authority to require a 100 percent audit of ballots cast, allowing tabulators to review ballot images and compare the results to current totals.

Arizona has many irregularities that need to be investigated including “sharpie-gate” and problems with signatures.

We must determine ballots counted in Maricopa County if and when Republicans were not allowed to review the process.

We also must identify and review all ballots which were obtained after the election cutoff.