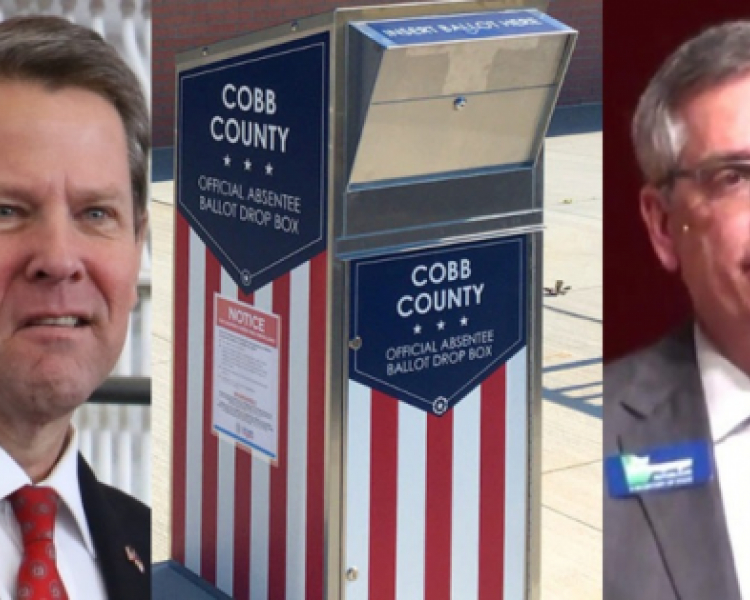 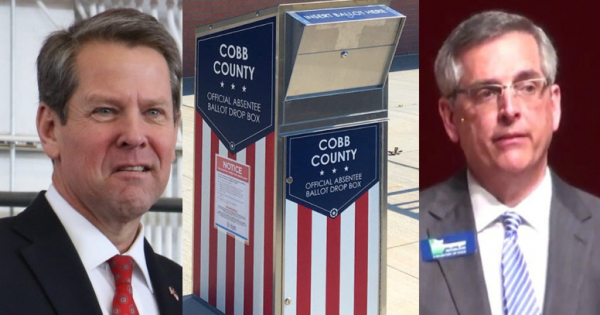 Months after the 2020 election, state and local officials in Georgia have failed to produce chain of custody documents for over 404,000 absentee votes put in drop boxes, according to a damning report by The Georgia Star News.

The report indicates that the state failed to produce chain of custody documentation for an estimated 404,691 absentee vote by mail ballots, which were placed into drop boxes and delivered to county registrars to be counted in the 2020 election.

This means that 67.5% of the states estimated 600,000 absentee vote by mail ballot count was found to not have chain of custody documentation.

It is worth noting that the outcome of the 2020 election in Georgia was decided by less than 12,000 votes, which would be nearly 3% of the 404,000 absentee vote by mail ballots deposited into drop boxes and counted by county registrars.

Fulton County, facing widespread criticism for various credible allegations of widespread voter fraud in the 2020 election, is one of 35 scofflaw counties in Georgia that have failed to comply with open records requests and provide the absentee ballot drop box transfer forms that they were required to maintain according to the Emergency Rule passed by the Georgia State Election Board in July of 2020, according to the report.

Nearly 300 drop boxes were utilized to collect absentee ballots in the 2020 election, authorized under Georgia Election Code Emergency Rule 183-1-14-0.8-.14 approved by the State Election Board, instead of a statute passed by the Georgia State Assembly, which says that drop box collection teams “shall complete and sign a ballot transfer form upon removing the ballots from the drop box, which shall include the date, time, location and number of ballots.”

The drop boxes were stimulated in-part by donations to Georgia counties from the Center for Tech and Civic Life, a 501 (c) (3) funded by Facebook’s Mark Zuckerberg and his wife Priscilla Chan.

Zuckerberg donated nearly $350 million to the CTCL for their 2020 election efforts, with more than $25 million dollars going to the counties of Fulton, Gwinnett, Cobb, and DeKalb, according to the report.

While some Georgia lawmakers have made efforts to bolster election integrity and stifle private funding of election administrations, it is unclear if Georgia Governor Brian Kemp or Secretary of State Brad Raffensperger will join the fight, despite objections by their constituents.

Republican concerns over the integrity of the 2020 election were echoed by President Donald Trump in a leaked phone call with Brad Raffensperger, who refused to acknowledge or address the credible evidence of mass voter fraud in his state, despite credible accusations of widespread voter fraud, including the infamous video in the case of Ruby Freeman and Shaye Moss.