Kimberly Strassel: The Fusion GPS dossier was one of the dirtiest politcal tricks in US history 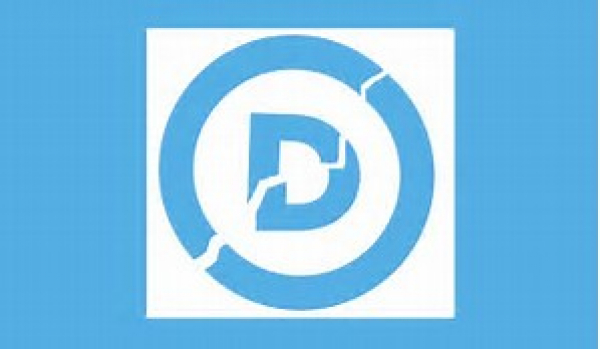 The Steele dossier has already become a thing of John le Carre-like intrigue-British spies, Kremlin agents, legal cutouts, hidden bank accounts.  What all this obscures is the more immediate point:  The dossier amounts to one of the dirtiest tricks in U.S. political history.  It was perpetrated by Team Clinton and yielded a vast payoff for Hillary's campaign.

The Democratic National committee and the Clinton campaign hired the opposition-research firm Fusion GPS in April 2016 to dig up dirt on Donald trump.  Fusion in turn hired former U.K. spook Christopher Steele to assemble the (now largely discredited) dossier.  That full dossier of allegations wasn't made public until after the election, in January 2017.  And the media and Democrats continue to peddle the line that it played no role during the election itself.

"Details from the dossier were not reported before Election day." ran a recent CNN story.  Hillary Clinton herself stressed the point in a recent "Daily Show" appearance.  The dossier, she said, is "part of what happens in a campaign where you get information that may or may not be useful and try to make sure anything you put out in the public area is accurate.  So this thing didn't come out until after the election, and it's still being evaluated."

This is utterly untrue.  In British court documents Mr. Steele has acknowledged he briefed U.S. reporters about the dossier in September 2016.  Those briefed included journalists from the New York Times, the Washington Post, Yahoo news and others.  Mr. Steele, by his own admission (in an interview with Mother Jones), also gave his dossier in July 2016 to the FBI.

Among the dossier's contents were allegations that in early July 2016 Carter Page, sometimes described as a foreign-policy adviser to Candidate Trump, held a "secret" meeting with two high-ranking Russians connected to President Vladimir Putin.  It even claimed these Russians offered to give Mr. Page a 19% share in Russia's state oil company in return for a future President Trump lifting U.S, sanctions.  This dossier allegations is on its face.  Mr. Page was at most a minor figure in the campaign and has testified under oath that he never met the two men in question or had such a conversation.

Yet, the press ran with it.  On Sept 23rd, 2016, Yahoo News's Michael Isikoff published a bombshell story under the headline "U.S. intel officials probe ties between Trump advisor and Kremlin".  Mr. Isikoff said "U.S. officials" had "received intelligence" about Mr. Page and Russians, and then went on to recite verbatim all the unfounded dossier allegations.  He attributed all this to a "well-placed Western intelligence source," making it sound as if this info had come from someone n government rather than from an ex-spy-for-hire.

The Clinton campaign jumped all over it, spinning its own oppo research as a government investigation into Mr. Trump. Jennifer Palmieri, the campaign's communications director, the next day took to television to tout the Isikoff story and site "U.S. intelligence officials" in the same breath as Mr. Page.  Other Clinton surrogates fanned out on TV and Twitter to spread the allegations.

The Isikoff piece publicly launched the Trump-Russia collusion narrative-only 1/1/2 months from the election-and the whole dossier operations counts as one of the political stitch-ups of all time.  Most campaigns content themselves with planning oppo research with media sources.  The Clinton campaign commissioned a foreign ex-spy to gin up rumors, which made it toU.S. intelligence agencies, and then got reporters to cite it as government-sourced.  Mrs. Clinton now dismisses the dossier as routine oppo research, ignoring that her operation specifically engineered the contents to be referred to throughout the campaign as "intelligence" or a "government investigation".

Making matters worse, there may be a grain of truth to that last claim.  If the Washington Post's reporting is correct, it was the summer of 2016 that Jim Comey's FBI obtained a wiretap warrant on Mr. Page from the Foreign Intelligence Surveillance Court.  If it was the dossier that provoked that warrant, then the wrongs here are grave.  Mr. Page is suing Yahoo News over that Isikoff story, but he may have a better case against the Clinton campaign and the federal government if they jointly sun a smear document into an abusive investigation.

To that point, it is fair to ask if the entire Trump-Russia narrative-which has played a central role in our political discourse for a year, and is now resulting in a special council issuing unrelated indictments-is based on nothing more than a political smear document.  Is there any reason to believe the FBI was probing a Trump-Russia angle before the dossier ?  Is there any collusion allegation that doesn't come in some form from the dossier ?

The idea that the Federal government and a special council were mobilized-that American citizens were monitored and continue to be investigated-based on a campaign-funded hit document is extraordinary.  Especially given that to this day no one has publicly produced a single piece of evidence to support any of the dossier's substantive allegations about Trump team members.

So yes, Mrs. Clinton, the dossier-which you paid for-was used in the election.  And we are only beginning to understand in how many ways.