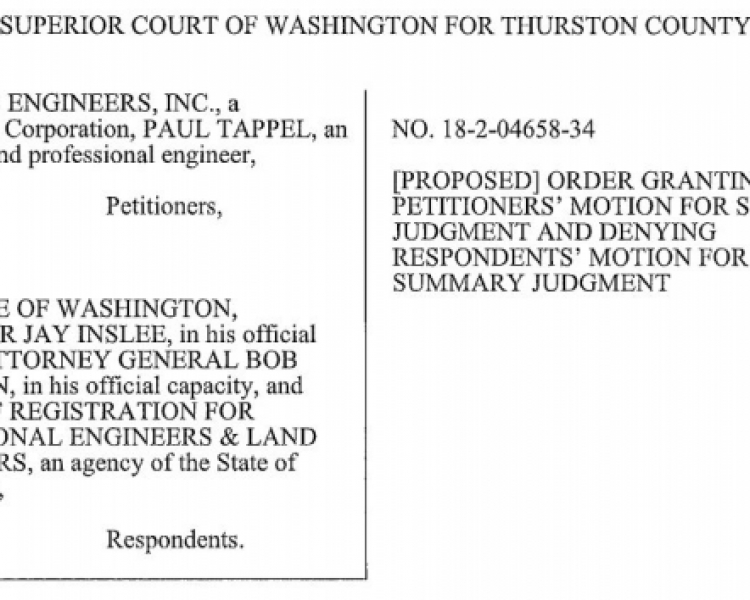 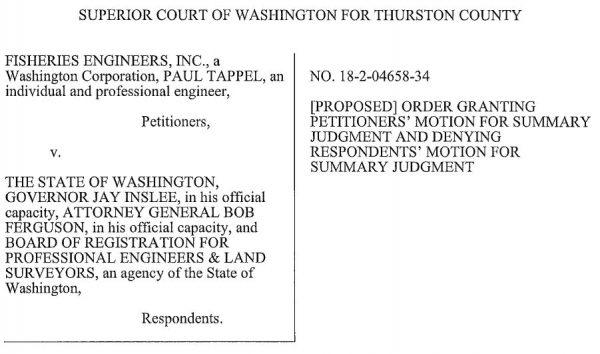 As Cody explains in his most recent video post that can be viewed at this link, on September 29th, 2021  the Superior Court of Washington for Thurston County granted Judgement AGAINST Governor Jay Inslee and Attorney General Bob Ferguson in a historic legal victory that can be read directly at the following link;

Although Cody is proud of the help he was able to provide the petitioner, Paul Tappel of Fisheries Engineers, by providing government corruption evidence used in the lawsuit, he can not overstate how thankful the people of the state of Washington should be to Paul and the brilliant legal team led by Alan Schuchman of Cairncross & Hempelmann of Seattle Washington.  Well done!

Without a doubt, Cody believes this historic legal victory will be the beginning of many criminal indictments against the Inslee administration and as a longtime target of the Inslee administration for his government corruption efforts, Cody will now be pursing talks with members of the state legislature to draft articles of impeachment against both the Governor and Attorney General.

Cody will continue to update the public on this historic victory and pursue the imprisonment of Inslee, Ferguson, and all members of his administration who participated in the billions of dollars of fraud against the people of the state of Washington and the U.S. Federal Government!