In an interview last week Governor Jay Inslee suggested that state government is using the Coronavirus as an opportunity to push Climate Change and Green Policies, video here. Needless to say after this video was released most everyone was outraged. Just one example is Mayor of Burlington Steve Sexton, who on May 15 wrote a scathing letter to Inslee, here is an excerpt.

My trust in your motives is gone. Frankly, I was appalled that the Governor of the state would in, a brief moment of unfettered honestly, express your willingness to use this "crisis to peddle a solution to climate change" that will "allow us to rebuild our economy and jump start it" in a more green manner. Your willingness to politically weaponize this terrible disease to further your climate change agenda shows a fundamental lack of leadership. You have just called into question every decision you have made during this pandemic up to this point, and future decisions as our economy clings to life. The ability to "rebuild our economy" would require tearing it down first. Many will question if that is, at this point your true motive? Thank You Steve, very well said! 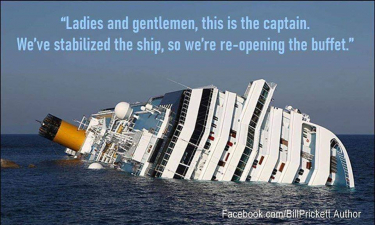 The collateral impacts of the Covid shutdowns, including patients missing routine checkups that could detect things like heart problems or cancer, increases in substance and alcohol abuse, and increases in financial instability that could lead to "poverty and financial uncertainty," which "is closely linked to poor health" finally lead to Inslee announcing that Doctors and Dentists can reopen this week.

Inslee and state Democrats, be reminded your Big Brother Contract Tracing Surveillance Program is an infringement on our 4th amendment rights and is a violation of the U.S. Constitution. The people of this state are responsible for their own health, wellbeing and economic choices. The power is inherent in the people. The true data and study after study shows there is NO Covid emergency, and it is time to fully open up the state.

But instead, Inslee and the Democrat state government are closing down summer fairgrounds in areas around the state and establishing  "Isolation Centers" as part of the mandatory requirement for WA State counties to move to Contract Tracing "Phase 2" of re-opening. Inslee says these camps are voluntary, until you read the details in the latest order, which reads, If you do not comply with this request for voluntary quarantine, we may use a detention order enforced by the police to assure your compliance. See WA State DOH Website Info Here. THIS IS ABSOLUTELY NOT ACCEPTABLE! 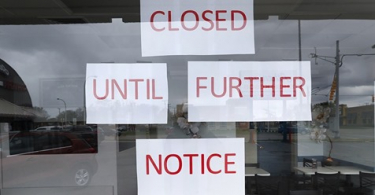 To make matters worse, as reported in various national news services (here), WA State’s Employment Security Department had to stop issuing unemployment checks for several days due to unprecedented volume of fraudulent requests which were processed and paid. Federal investigators see evidence of a sophisticated international attack via Nigeria that could have siphoned hundreds of millions of dollars that were intended for the unemployed. More than 1.1 million people in WA have filed for unemployment benefits since businesses started closing in March due to COVID-19. State officials now say some portion of an increase in claims seen in the past week are due to so-called “impostor fraud” claims. It is still to early to tell how much WA state taxpayer funds were stolen (estimates are around $200 million + range), and it appears unlikely the money will ever be recovered.

US Health Secretary says no spike in Covid in places reopening. Authorities are NOT seeing spikes in coronavirus cases in places that are reopening but are seeing increases in some areas that remain closed, U.S. health secretary Alex Azar says. "We are seeing that in places that are opening, we're not seeing this spike in cases, we still see spikes in some areas that are in fact close to very localized situations. "These are very localized determinations. There should not be a one size fits all to reopening but reopen we must because it's not health versus the economy. It's health versus healthy," he said, adding "There are serious health consequences to not reopening." 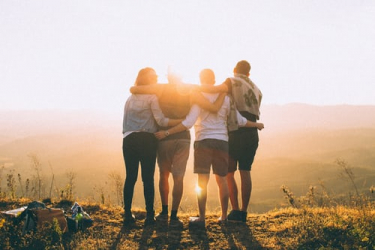 The state of Texas now has the lowest rate of unemployment in the nation. This should be of no surprise since Texas was one of the very first states to reopen.

According to the EPA’s air-quality monitors, life under Covid has NOT made the air cleaner. Levels of particulate matter (PM 2.5) are not lower now and have, in fact nationwide, been higher recently than the median level of the last five years. Consisting of particles smaller than 2.5 microns, PM 2.5 includes natural sources such as smoke or sea salt, as well as human-caused pollution from combustion.

The City of Atwater California has declared itself a "sanctuary city" for all businesses, allowing owners to open despite the state of California's stay-at-home order amid the coronavirus pandemic. The Atwater City Council voted unanimously saying it, "Affirms the city's commitment to fundamental constitutional rights." "This is America. You have the choice. It's time for the government to stop dictating another month, another three months, six months," said Atwater Mayor Paul Creighton. "When is it going to end? When everyone is bankrupt?" Non-profit organizations, such as churches, are also allowed to reopen under the new resolution. 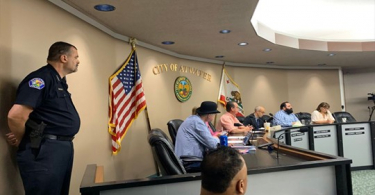 The state of Colorado has decided to revise their Covid-19 death statistics so the actual cause of death is accurately to be reported FROM Covid instead of the broad CDC guideline recommendation of deaths WITH Covid. The new data and evidence in Colorado is showing that this reduces the number of true Covid deaths by about 25%. Lets hope other state's follow suit.

Legal challenges to governors' shutdown orders are piling up nationwide, putting state Democrats on the defensive as citizens and businesses needing to save their livelihoods are taking their arguments to court -- in several cases succeeding at voiding the governors' actions.

The Wisconsin Supreme Court, struck down Gov. Tony Evers' "safer at home" order on the grounds that his administration did not have the power to unilaterally impose the restrictions without the input of the state legislature, forcing him to give up his effort to reimpose statewide rules similar to what we are facing in this state.

California is facing at least a dozen lawsuits that include claims that the state has unjustly closed down gun shops and religious services. Michigan Gov. Gretchen Whitmer is up against a lawsuit from Republicans in her state’s House and Senate over her extension of an already-strict emergency order that has regulated residents’ movement and closed businesses. And Kentucky protesters sued officials including Gov. Andy Beshear, for violating the 1st Amendment by banning mass protests. 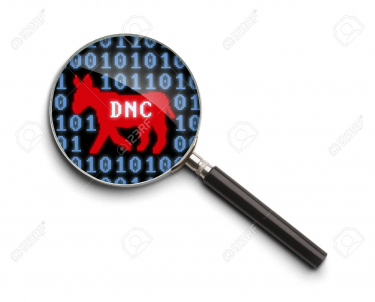 The National Democrats in Congress decided to change the rules to allow for proxy voting.  What does that mean?  It means that a very small and select group of House members will be voting in place of the 435 Representatives that should be in the chambers to represent you. This could mean only 44 people may be representing our votes in the future while we pay 435 people to actually represent us.

Also this week Rep. Jim Jordan took to the House floor to encourage his colleagues to vote against the $3 trillion HEROES Act that the Democrats were pushing because it takes money from American companies and gives it to illegal aliens."This bill does what? It gives tax dollars to illegal immigrants. In one week's time, take money from steelworkers [and] give it to illegal immigrants. That's the Democrat vision for their country," Jordan said.

Muslum Brotherhood member awarded position on Facebook board to police content: The recent naming of Muslim Brotherhood-affiliated Yemeni Tawakkol Karman as a member of Facebook’s first oversight board has sparked widespread public outrage, including leaders in Arab countries, who strongly oppose the censoring by those known for their support for radical extremist ideology.

The real reason why the governments want social distancing to be the new norm is all about government control. Do not believe the Fauci and Gates model. PLEASE be careful of the ongoing coordinated 24-7 fake news coverage, it is much more rampant than any virus and seeks to further perpetuate myths and lies. Do as much research as possible, cross reference and use patience and discernment. People ae starting to connect the dots as Fauchi's Deep State Agenda is being unraveled, and the mainstream media does not want you to know, video here.

Thanks to the hundreds that converged last Friday at the Snohomish County Administrative Campus for the “Re-Open Washington” Rally hosted by the Snohomish County Republican Party. Event organizer Anita Azariah said the show of support was for small business owners and getting residents back to work. People want to go back to work,” said Azariah. “People are not working and don’t want to be told what to do anymore.” 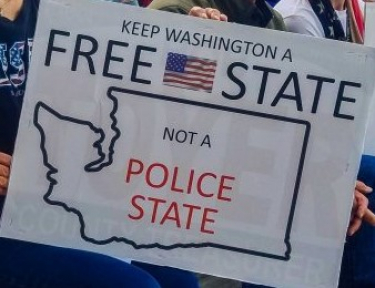 Thanks to everyone who participated in last Saturday's SCRP 2020 County Convention Zoom meeting which turned out to be an excellent and informative event. State Convention delegates please register with the WSRP for the Republican State Convention here.

A Big Thank You to Joshua Freed and his Campaign Team for a great Meet and Greet in Mount Vernon. About 70 people showed up on Monday for the two hour event. Also thanks to Elizabeth Waldren who facilitated the R-90 Petition Signing, and the Christ the King Church for hosting us on such a beautiful day! 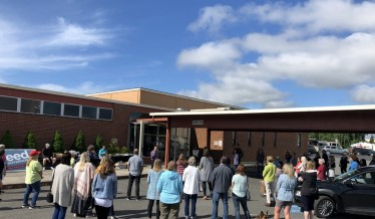 Tonight the Phil Fortunato for Governor campaign is having a Zoom Town hall! Link: https://us02web.zoom.us/j/81873755973?status=success

On June 2 SCRP Committeewoman Judy Billings is hosting the next Skagit County Republicans Woman's meeting at her home, 14455 Gibralter Rd, Anacortes. Guest Speaker: Rebecca Pfahl "My Life in Hong Kong and How Politics Affect Your Life" - There will be a short business meeting after the guest speaker followed by an optional stuffing envelopes party for the mailing of the SCRW's membership letter. Meeting starts at 10:30 AM. For more info contact Judy @ (206) 550-1836.

Tomorrow on Saturday, May 23rd there will be a Memorial Day Rally in Oak Harbor at the corner of Midway and Highway 20. The event will be from Noon to 2 PM. All are welcome!

Monday, May 25th is Memorial Day. As we honor the sacrifice of men and women who gave their lives in service to our country, it is important to remember that it is our responsibility to defend the freedom they won for us.