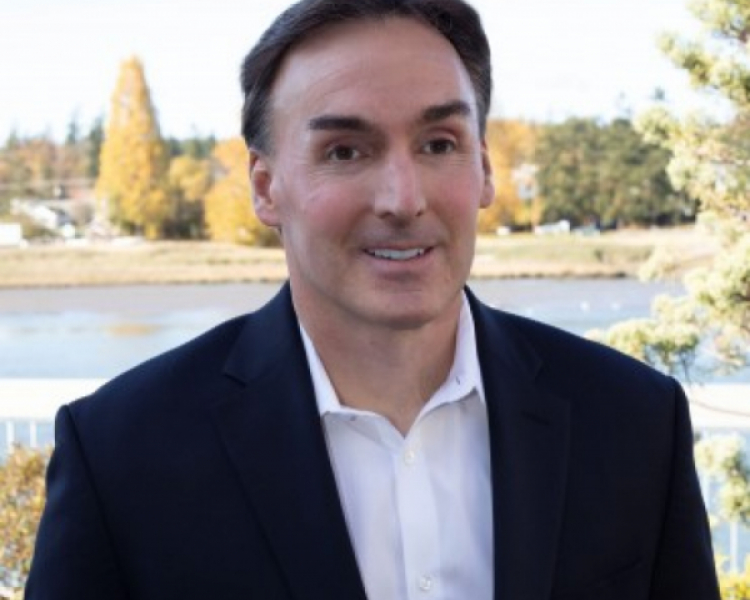 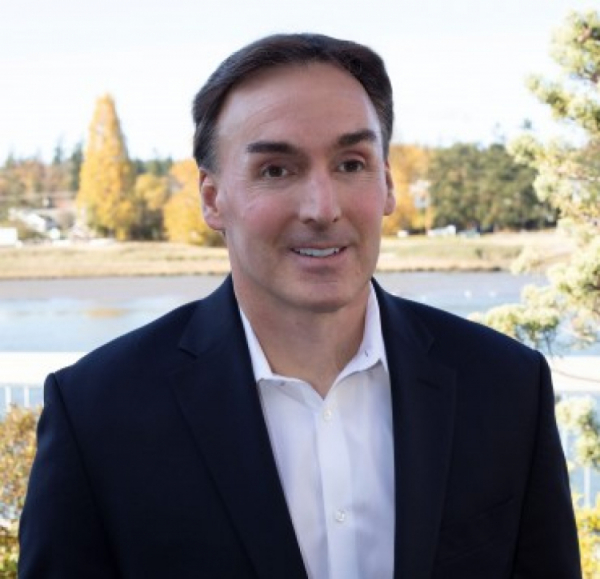 For 3 1/2 years I have been doing a monthly newsletter, however there has been so much corruption and terrible policy making happening with the Democrat / Socialists state government I feel it necessary to begin a weekly newsletter through the 2020 election in the hopes to wake people up to the facts destroying our state, this is the first edition.

Jay Inslee and the Democrat state government have implemented societal policies that are inflicting extreme pain, suffering and undue hardship on the citizens. Before Covid they were bad enough, including nearly 10 billion dollars of new taxes implemented in the 2019 / 20 biennium. Now these policies are creating an economic crisis and additional health crisis that are catastrophic and far worse than the Covid crisis. Also Inslee's new mandates are violating our Constitutional rights and personal freedoms as the governor is acting more like an authoritarian dictator.

Washingtonians have been complying to quarantines to “flatten the curve” and keep the hospitals from overflowing. But at this stage Inslee's stay home order is totally unacceptable and is directly leading to the ruining of families lives, needless bankruptcies, severe anxiety, suicides, domestic violence, drug and alcohol abuse, mental illness, depression and overall total economic devastation. Thousands of family businesses have closed permanently, including restaurants that may never come back. Medical treatment policies deemed "non-essential" are insane as tens of thousands have been denied much needed surgeries as hospitals have been mostly empty. The adverse collateral impacts of Inslee's mandates are so severe it is beyond words.

The governor is using extreme overreach by making these destructive decisions on behalf of Washingtonians, taking away freedoms and civil liberties without involving the legislative branch as state Republicans have been mostly left out of input and decision making with regards to Inslee's intentions, despite numerous pleas, calls and letters to his office.

It is no longer tolerable to keep hundreds of thousands of healthy asymptotic people under a form of house arrest, and NOW it is time for Inslee to open up the state and end the mandated lockdown. At a minimum he needs to allow each of the Washington state counties to act autonomously so they are free to open up their businesses and economies on their own, this can be done safely NOW. Not with Arbitrary and Capricious conditional waivers after waiting periods, later in the summer "maybe". 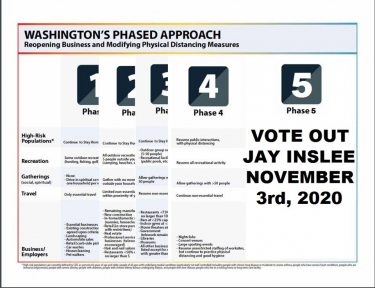 Most unfortunately the governor has refused to listen to reason and true data, his hypocrisy is blatant. During several of his April press conferences he said he would not be setting any arbitrary dates for his policy making decisions and that his decisions would be based on the science and the data of Covid-19. Yet his recently announced 4 phase re-open plan that includes a nebulous long timeline proves his real motives. He continues to ignore the TRUE science and data to further the liberal narrative, forcing as many people as possible to be dependent on government.

Data shows Covid True Deaths peaked over a month ago (I wrote about this extensively in last weeks newsletter) and newly released data here supports this. Additionally the WA State Dept. of Health (DOH) is misrepresenting the pandemic to further justify the lockdown stay-at-home order, which in turn is enabling the State Democrat Party to advance its agenda, i.e. "climate change."

IMPORTANT: About 6 weeks ago the WA State DOH started realizing most all of the Covid-19 issues were happening with people over age 70 years of age, as a result they Re-calibrated the state's website taking away the 70 y.o - 79 y.o age bracket, replacing it with a bracket of 60 yo - 79 yo. to foster a more "Progressive" agenda which is making life miserable for businesses and independent contractors. More troubling is what is next which includes having statewide "investigators" conducting "contact tracing" in an effort to map and control the spread of Covid. Contact tracing is where investigators are ordered to "Track Down" people who may have interacted with an infected individual, by tracking of the citizenry's mobile devices, this is a complete breech of right to privacy laws.

Information is also showing that one of the main goals of "social distancing" by 6 feet is to make it easier and more reliable for governments to implement contract tracing. Highly respected Dr. Rashid A. Buttar who specializes in immune dysfunctions, and who is MD for the Centers of Advanced Medicine and for the last 20 years who has been ranked as one of the Top 50 Doctors in the U.S. discusses this, see video here.

Of serious concern is that Inslee is also wanting to implement "off-site" quarantine and isolation schemes. State House Rep. Jim Walsh recently spoke about this as state Dems are considering using Maple Lane School near Grand Mound. It's an old juvenile detention facility (a prison) that they wants to use as one of their "alternative" Covid isolation sites. 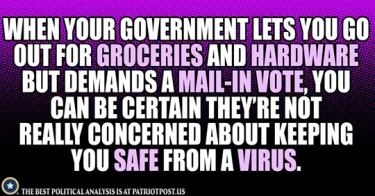 Also there are several lawsuits being filed against Inslee. On Tuesday several House Republicans filed a lawsuit in Federal District court asking the governor’s emergency proclamation extension be declared unconstitutional, as there is no more emergency anymore and that governor Inslee’s powers are not unlimited as he has overstepped his authority violating Art 1, 5 and 14 of the U.S. Constitution, video.

Art 14 Sec 1 U.S. Constitution  No State shall make or enforce any law which shall abridge the privileges or immunities of citizens of the United States; nor shall any State deprive any person of life, liberty, or property, without due process of law; nor deny to any person within its jurisdiction the equal protection of the laws. 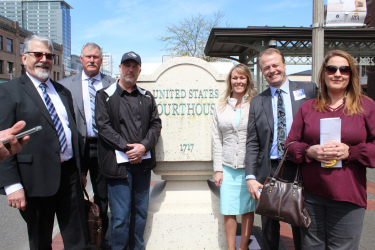 There are now literally thousands of doctors world-wide echoing the message that stay at home orders are wrong. Dr. Michael Levitt (Nobel Laureate) is saying "The lockdowwns are a huge mistake as originally everyone panicked and were fed incorrect numbers, and there is no doubt in my mind the damage done by lockdowns will exceed any saving of lives by a huge factor."

Evidence is showing that Covid-19, governments response to it and the media's reporting of it is a huge fraud perpetuated on mankind. The facts are overwhelming. There is an agenda being played out, and if enough people don't wake up it will be to late. The latest Project Veritas video shows how CBS morning news just staged and faked a Covid testing line video, and how Covid deaths are being recorded without even being tested here.

CA Gov. Gavin Newsom policies are forcing him to is lose control of the state. Despite lockdown orders tens of thousands of people have been going to CA beaches and attending organized protests and rallies taking place from the capital of Sacramento to San Francisco and San Diego. 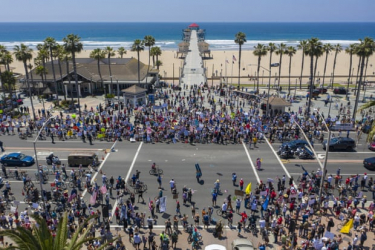 CA cities also voted to fight back against what they consider to be an unconstitutional overreach by the governor. Also Modec, Yuba and Sutter counties in Northern CA are moving forward with their own plans to reopen. “I served in the army and fought tyrants and dictators overseas and this has gone too far, I didn’t do that to come back here and live under a tyrant in my own country,” one CA protestor reported.

It is now widely know that China deliberately suppressed or destroyed evidence of the coronavirus outbreak in an “assault on international transparency’’ that has cost an untold amount of lives, according to a dossier prepared by concerned Western governments on the Covid contagion, video.

Turns out that China holds the patent on the drug Remdesivir (now being touted as a potential cure to Covid-19), which is made by Gilead through an agreement with Gilead’s drug patent sharing subsidiary branch called UNITAID who has an office near Wuhan. The main financial investors in UNITAID are George Soros, Bill & Melinda Gates, and the WHO. 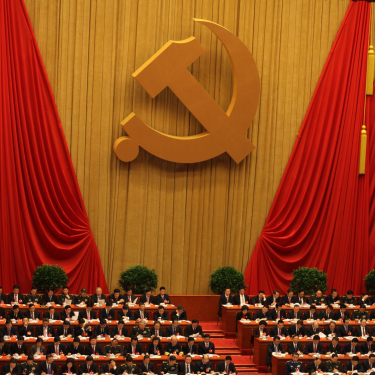 More evidence is showing that without a doubt Anthony Fauci is behind the Covid-19 pandemic. Dr. Judy Mikovitz is the latest to expose Fauchi. Before you put on a mask or get a vaccination please watch this amazing video here.

LD 10 State Senator Ron Muzzall is having a campaign "Phone Blitz" this Sunday, May 10th; to volunteer email: campaign@ronmuzzall.com.

Tomorrow I will be exercising my Constitutional First Amendment rights speaking at the Open For Business Rally in Olympia with several other elected officials and candidates, for more information about my campaign see billbruchforhouse.com.

Please remember that candidate filing week for 2020 candidates and Skagit PCO's is from 9 am Monday, May 11th - 4:30 pm Friday, May 15th; you can file online here.

The 2020 SCRP County Convention will be on Saturday, May 16 from 10 am to noon via Video conference / Teleconference. The convention will be for the purposes of statewide and congressional candidate speeches, to approve the SCRP Platform, & SCRP Resolutions and vote for delegates and alternates to the Republican State Convention. To participate please RSVP by emailing chair@skagitgop.org or call or text (360) 820-1700 no later than noon on Friday, May 15th.

The Joshua Freed for Governor Campaign is doing a statewide tour and will be in Mount Vernon on Monday, May 18 from 9 am - 11 am. This is a great opportunity to meet Joshua who will be speaking and taking your questions. This event will include a R-90 petition signing and will be held in the Christ the King Church parking lot, located at 2111 Riverside Drive Mount Vernon (across from Max Dales restaurant) MAP. For more info about the Horrible Democrat Comprehensive Sex-Ed Curriculum click here. For additional info and for petitions see parentsforsafeschools.com.