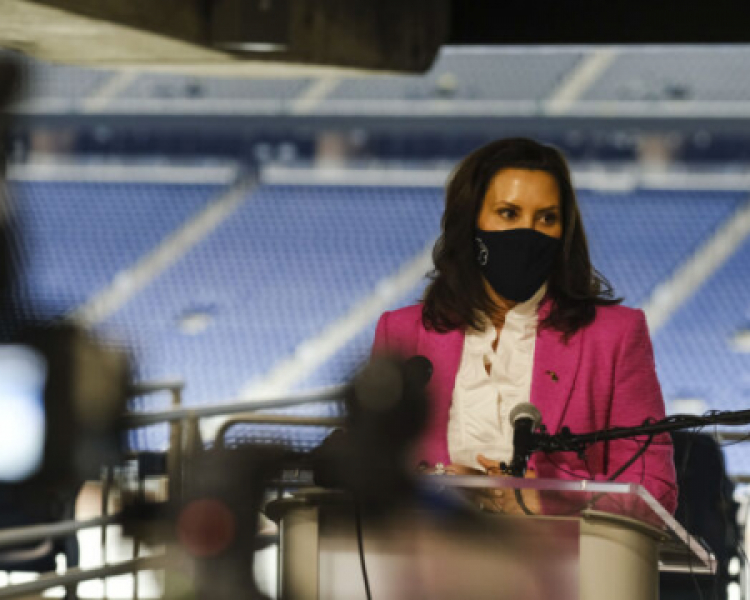 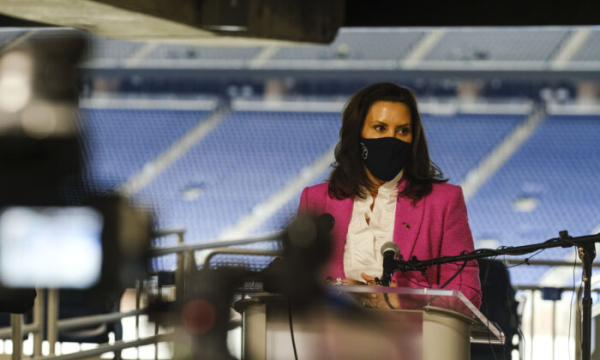 LANSING, Mich.—The Michigan House of Representatives voted on July 21 in favor of repealing the Emergency Powers Act used by the governor to implement Covid-19 restrictions in the state. The vote follows the approval of the repeal by the state Senate last week and means that the 1945 law is officially off the books.

The House voted 60–48 to repeal the law, with four Democrats—state Reps. Sara Cambensy, Tim Sneller, Karen Whitsett, and Richard Steenland—joined all of the Republicans in voting for the repeal. The state Senate voted to do so by a 20–15 vote on July 15.

State Rep. Rachel Hood, a Democrat who opposed the measure, told The Epoch Times: “I believe we need to improve the act, not abandon it. In an emergency, executive power allows us to be more agile and responsive to rapidly emerging needs.”

Republican state Rep. Phil Green, who supported the repeal, told The Epoch Times: “You better believe I voted ‘yes.’ I circulated a petition for it. Our system is designed to have checks and balances. This law erroneously gave to the executive powers that belong to the legislature.”

The Senate vote followed two days after the state Board of Canvassers certified that Unlock Michigan, a coalition of state residents, had obtained more than the required 340,000 valid signatures to put a repeal proposition before the voters at the next general election.

The Legislature’s action to repeal rendered a vote of the people unnecessary. Under Michigan law, if both chambers of the Legislature approve a measure put before them by a citizens’ initiative, the governor has no power to veto it and a referendum vote isn’t needed.

As the CCP (Chinese Communist Party) virus pandemic began to ravage Michigan in early spring 2020, Gov. Gretchen Whitmer invoked the 1945 Emergency Powers Act to impose severe and prolonged orders that all but shut down the state’s economy and locked down its residents, businesses, schools, and churches in an effort to “stop the spread” of the disease.

As the “temporary” restrictions dragged on, state lawmakers asserted their authority under the Emergency Management Act of 1976, requiring Whitmer to obtain legislative approval of an extension if an order’s duration exceeded 28 days.

Initially, Whitmer complied, and the Republican-controlled Legislature granted the governor two 28-day extensions of her orders.

When the Legislature refused to extend Whitmer’s lockdown orders beyond April 30, 2020, the governor began justifying her continuance under the emergency powers of the Michigan Department of Public Health. Whitmer’s move prompted the filing of a flurry of lawsuits challenging the legality of her orders and actions.

Before the petition had collected enough signatures, the Michigan Supreme Court ruled in October 2020 that the law was an unconstitutional ceding of legislative powers to the governor. The court also unanimously decided that, because the Legislature had refused to extend Whitmer’s orders, her maintaining them violated the requirements of the Emergency Management Act and ruled that those orders were unconstitutional.

Despite the surplus of signatures, the Board of Canvassers deadlocked on a decision in April and the petitions weren’t certified, with the two Democrat members demanding an investigation of alleged wrongdoing on the part of some of the petition’s circulators.

A group calling itself Keep Michigan Safe, a self-described “coalition to protect the executive power of Michigan’s governor during a public health crisis,” led an effort to oppose the ballot initiative.

“The petition will undermine the ability of our elected leaders and medical experts to keep Michigan families safe,” the group said in an online statement.

During the petition drive, Keep Michigan Safe implemented an online clearinghouse called “Report a Circulator,” by which people could record any complaints about alleged misconduct on the part of Unlock Michigan petition circulators, in an effort to document any alleged irregularities.

The Michigan Attorney General’s Office conducted an investigation and found no criminal violations on the part of the circulators.

Also on July 13, the Board of Canvassers approved the form of a new petition drawn up by Unlock Michigan to limit the Michigan Department of Public Health’s emergency powers. Unlock Michigan spokesperson Fred Wzolek told The Epoch Times that the new petitions will be available to the public in a “few weeks.”