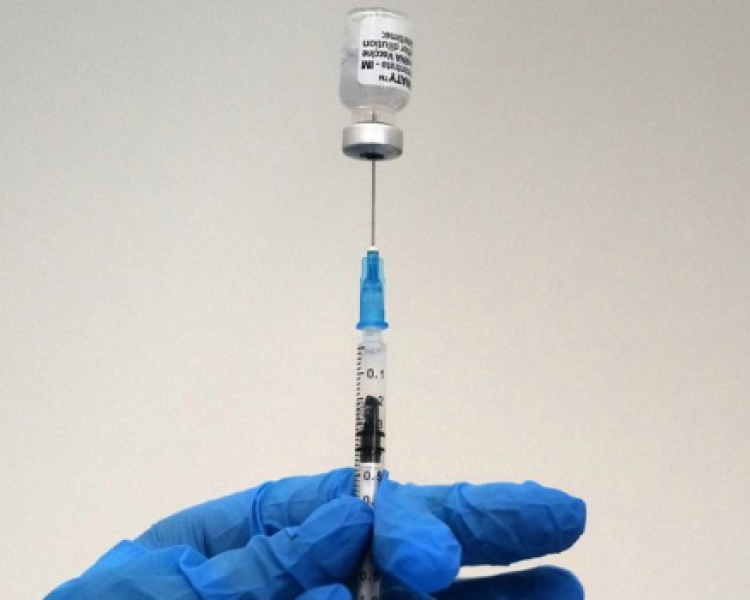 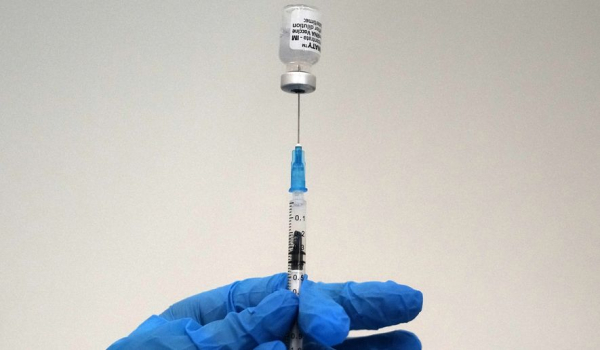 Project Veritas jumped into the debate over vaccine mandates with an undercover video that shows two Pfizer scientists agreeing that naturally acquired immunity offers more protection than vaccination from the novel coronavirus.

A man identified as Pfizer biochemist Nick Karl was shown explaining that after recovering from COVID-19, “your antibodies are probably better at that point than the vaccination.”

“When somebody is naturally immune, like, they got COVID, they probably have better - not better, but more antibodies against the virus,” says Mr. Karl in the hidden-camera footage. “Because what the vaccine is, like I said, that protein that’s just on the outside, so it’s one antibody against one specific part of the virus.”

He went on: “When you actually get the virus, you’re going to start producing antibodies against multiple pieces of virus, and not only just like that outside portion, like, the inside portion, the actual virus.”

Concurring was a man identified as Pfizer senior associate scientist Chris Croce, who replied in the affirmative after being asked by the undercover investigator whether she had protection from COVID-19 after recovering and testing positive for the antibodies.

“As much as the vaccine?” she asked.

“How much more?” she asked.

Mr. Croce replied: “You’re protected most likely for longer since it was a natural response.”

A third man identified as a Pfizer scientist Rahul Khandke said that “if you have antibodies built up, you should be able to prove that you have those,” but that’s not the pharmaceutical company’s message.

“We’re bred and taught to be like, ‘vaccine is safer than actually getting COVID,’” said Mr. Khandke. “Honestly, we had to do so many seminars on this. You have no idea. Like, we have to sit there for hours and hours and listen to like, be like, ‘you cannot talk about this in public.’”

The Washington Times has reached out to Pfizer for comment.

The debate over vaccines versus natural immunity has flared as President Biden and Democratic governors and mayors implement sweeping vaccination mandates aimed at combating the Delta variant, prompting pushback from lawmakers such as Sen. Rand Paul, Kentucky Republican.

The senator, who also is a physician, cited a large Israeli study released in August that found people who had been infected with SARS-CoV-2 were “much less likely than never-infected, vaccinated people to get Delta, develop symptoms from it, or become hospitalized with serious COVID-19,” according to the publication Science.

Meanwhile, the Centers for Disease Control released a study of infections in Kentucky showing that “unvaccinated individuals are more than twice as likely to be reinfected with COVID-19 than those who were fully vaccinated after initially contracting the virus.”

“If you have had COVID-19 before, please still get vaccinated,” said CDC Director Dr. Rochelle Walensky in an Aug. 6 statement. “This study shows you are twice as likely to get infected again if you are unvaccinated. Getting the vaccine is the best way to protect yourself and others around you, especially as the more contagious Delta variant spreads around the country.”

What makes some health-care experts nervous is the specter of people opting to expose themselves to COVID-19 instead of getting vaccinated.

“What we don’t want people to say is: ‘All right, I should go out and get infected, I should have an infection party,’” Rockefeller University immunologist Michel Nussenzweig told Science. “Because somebody could die.”

In the Project Veritas video, Mr. Croce said he disagreed with keeping track of vaccinated people, saying he thought it violated the Health Insurance Portability and Accountability Act [HIPAA].

“You shouldn’t have to show anything which is basically, in my opinion, a violation of HIPAA,” Mr. Croce said. “No one has the right to ask you if you’ve been vaccinated. It’s an invasion of privacy. I don’t agree with it.”

He also said that monoclonal antibody treatment for COVID-19 patients has been “pushed to the side” over “money,” which he called “disgusting.”

“I still feel like I work for an evil corporation ‘cause it comes down to profits in the end,” he said. “Basically our organization is run on COVID money now.”

Mr. Karl said that the vaccine mandates appear to be aimed at “making it so inconvenient for unvaccinated people to the point where they’re just like, ‘F—- it, okay, I’ll get it.’ You know?”

The scientists also indicated that keeping a close hold on such information was paramount. At one point, Mr. Karl said, “Oh, God, I signed NDAs [non-disclosure agreements] against this.”

“There’s ears and eyes everywhere at Pfizer, in the building,” said Mr. Croce. “It’s kind of like, you don’t talk about anything that can possibly implicate you or, like, Big Pharma. Even if you shut the door to the office, it’s kind of like, who’s listening?”

Project Veritas president James O’Keefe posted a video Tuesday showing him at an outdoor restaurant confronting Mr. Karl, who walked to his car and drove away.

“If scientists believe that antibody works more effectively than the vaccines, it begs the question: What’s with all the federal mandates regardless of what the data says?” asked Mr. O’Keefe.

Project Veritas has previously posted three videos as part of its #ExposePharma series on vaccines and vaccine mandates.

The effectiveness of the Pfizer vaccine against future infections dropped from 88% to 47% after six months, according to a peer-reviewed study published Monday in Lancet, the details of which were first released in August.

The CDC reports that 65.6% of the U.S. population age 12 and older has been fully vaccinated. FDA trials are now underway for vaccines for younger children.

RELATED: Pfizer Admits Most People DO NOT NEED the Vaccine, 200 MILLION People are Naturally Immune

The President of the WORLD DOCTOR’s Association announces COVID is a seasonal infection and all of the LOCKDOWNS and Masks and Vaccines are OVER!

Texas governor Greg Abbott bans ALL COVID-19 vaccine mandates: Rips into Biden for 'bullying' and says the orders are 'threatening Texas' recovery' from the pandemic

Fauci Knew About HCQ In 2005 – Nobody Needed To Die