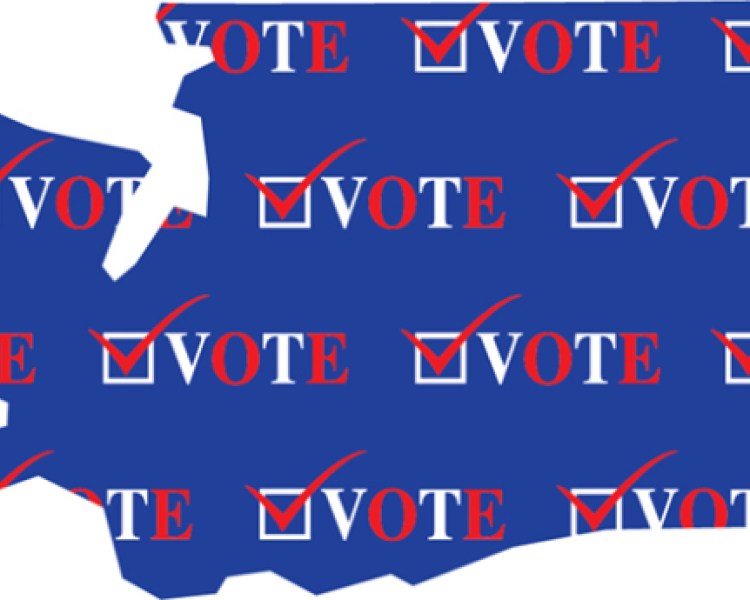 Redistricting and the 2020 Census Redistricting is required every 10 years for federal, state, and many local governments. This blog provides an overview of redistricting currently facing local governments that use a district-based voting system. District boundaries may also be changed at intervals more frequently than 10 years under the authority of the Washington Voting Rights Act (WVRA), chapter 29A.92 RCW.

According to the webpage Redistricting and Census Information, which is maintained by the Washington Secretary of State (SOS), “redistricting is the process of changing boundaries of voting districts so that all districts have the same number of people and keep groups together that have minority interests in government. This is how we make sure that everyone has equal representation in government.”

(1) It is the responsibility of each county, municipal corporation, and special purpose district with a governing body comprised of internal director, council, or commissioner districts not based on statutorily required land ownership criteria to periodically redistrict its governmental unit, based on population information from the most recent federal decennial census.

Data from the Census Bureau in a legacy format (raw form without data tools or other access tools) was recently made available (in mid-August 2021). Full census data is expected to be provided to states in September.

Because of the delay in distribution of the 2020 Census data, the Washington State Legislature passed a new law in 2021 extending the local government redistricting deadlines. As discussed in this July blog about new elections laws, SSB 5013 changed redistricting deadlines by amending RCW 29A.76.010 and RCW 29A.92.050, a part of the WVRA.

For 2021 and 2022, the new deadlines for local redistricting are changed from the previous “no later than eight months after receipt of the federal decennial census data” to either December 31, 2021, or November 15, 2022, depending on when a jurisdiction’s next election will be held.

Examples of jurisdictions with 2022 elections include counties. Cities and towns typically elect their governing board members in odd numbered years, so their extended redistricting deadline is November 15, 2022. For special purpose districts, the timing of their elections depends on the RCWs for each type of district.

For redistricting purposes, state prison inmates and persons in custody of a juvenile justice facility are counted as residents at their home addresses before their incarceration or residential care (see RCW 44.05.140, enacted in 2019).

RCW 44.05.140(4) sets forth the state redistricting commission’s obligation to adjust the data for persons in state custody:

(4) The redistricting commission shall:

(a) Deem each inmate incarcerated in a state adult correctional facility and person residing or placed in a juvenile justice facility or committed to receive involuntary behavioral health treatment under chapter 71.05 RCW as residing at his or her last known place of residence, rather than at the institution of his or her incarceration, residence, or placement;

(b) Regardless of the form in which the information is furnished, refrain from publishing any information regarding a specific inmate's or resident's last known place of residence;

(d) Adjust race and ethnicity data in districts, wards, and precincts in a manner that reflects the inclusion of inmates and residents in the population count of the district, ward, or precinct of their last known place of residence.

The Redistricting Commission has rolled out the first phase of a publicly available mapping tool. This mapping tool allows for the mapping of state legislative and congressional districts, initially using population estimates from the Washington State Office of Financial Management (OFM). The OFM data are the most accurate population estimates available prior to release of the official Census data.

When the Census data is received by local governments it will be time for cities, counties, and special purpose districts with district-based voting to review and revise their district boundaries. Be sure to consult with your agency’s attorneys about the details of your redistricting process.

We are currently updating MRSC’s resources about district-based voting and redistricting.  Here are links to several resources you may find helpful: