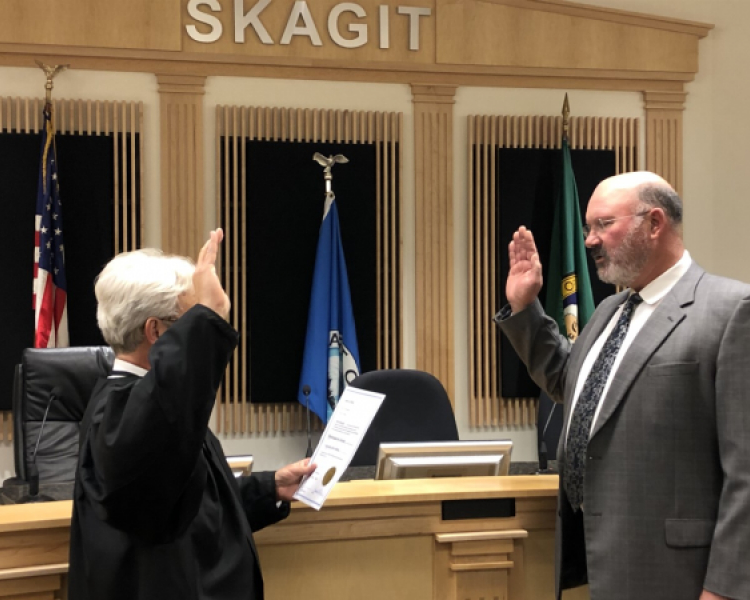 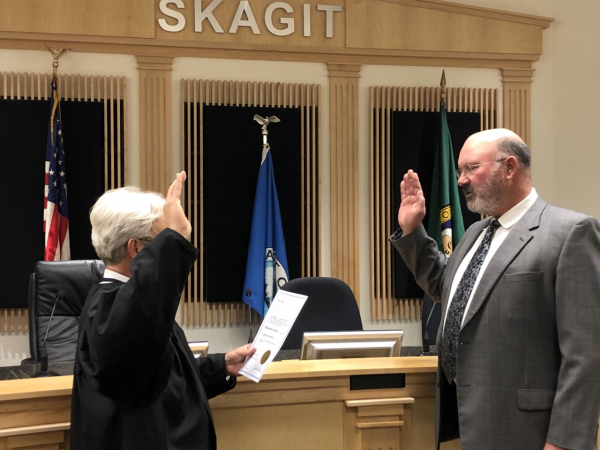 After the proceedings the new State Senator Muzzall said, "I am humbled and thankful for the support given by everyone involved. Thank you all!"

Ron is a resident of Oak Harbor, a longtime Conservative and a 35 year business owner of 3 Sisters Farm on Whidbey Island.  Ron was a Fire Commissioner for 11 years and Lieutenant for 5 years at North Whidbey Fire and Rescue.  Ron is very well known in LD 10 and Skagit AG circles, as he was a Board Director for Skagit Farmers Supply from 2002 to 2017. He also was a elected Board Director of the Fortune 200 Company Land O'Lakes Inc. for 9 years where he served on governance, board performance, audit, and political action committees.  He will be running in 2020 against Democrat Island County Commissioner, Helen Price Johnson.

To view the video of today's appointment process click here (proceedings begin about at the 6 min mark).