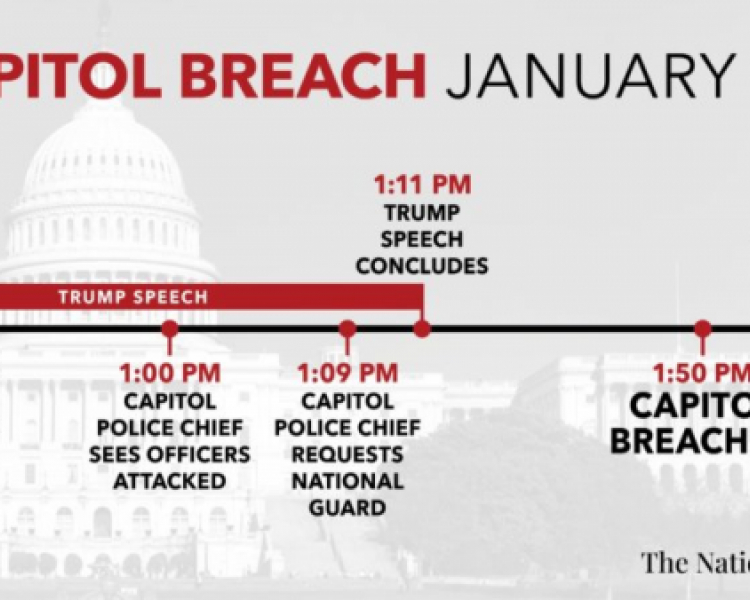 The legacy media has spent the last week repeating the lie that Trump supporters travelled to Washington D.C. last week in a coordinated attempt to overthrow the government. It’s a lie.

The First Amendment of the United States Constitution guarantees the “right of the people peaceably to assemble, and to petition the Government for a redress of grievances.”

On January 6, 2021, hundreds of thousands of citizens traveled to the nation’s capital to exercise their Constitutional right to peacefully protest.

This was their grievance: Seventy-five million had cast their ballots for Trump on election day.

Then, in the wee hours, when Las Vegas oddsmakers were calling a Trump victory, counting inexplicably stopped, and a disproportionate number of Biden votes appeared.

The Biden votes were primarily from Democrat-controlled cities: Detroit, Philadelphia, Atlanta, and Milwaukee.

They were culled from mail-in ballots, an accommodation hurriedly retrofitted into the voting system because of a pandemic.

The election’s statistical anomalies were mind boggling, including Republican dominance down ballot, Trump’s significant support among minority voters, and his victory in all traditional bell weathers.

In June, Attorney General Bill Barr sat for an interview in CNN’s Situation Room with Wolf Blitzer and warned of fraud with mail-in voting.

He said: “People trying to change the rules to this, to this methodology – which, as a matter of logic, is very open to fraud and coercion – is reckless and dangerous and people are playing with fire.” 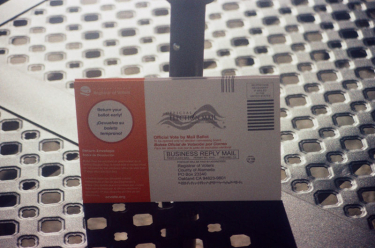 MAIL-IN BALLOTS WERE A DISASTER FOR DEMOCRACY

Some of the new voting procedures were ordered by state governors and health officials even though Article II of the Constitution delegates rule-making for elections exclusively to state legislatures.

The Washington protesters had reason to ask: Did someone pull a fast one?

President Trump addressed the protesters and called on the assembled to march “over to the Capitol building to peacefully and patriotically make your voices heard.”

At the moment the President was uttering the words “peacefully,” though, a different more sinister group had already gathered at the Capitol, a full 45 minute walk away.

Whatever happened there is not yet fully understood.  Given the proclivity of federal law enforcement to act politically against Trump, it unfortunately may never be.

Some things, though, are certain. We know, for instance, that many of the troublemakers were NOT Trump supporters.

We know, too, that Capitol Police waved at least some Trump supporters into the building.

We know that a Trump supporter was shot in the Capitol.

Finally, we know a Capitol Police officer died of a stroke the day after the riot; but it is not known what may have happened during the melee that would provide a causal connection.

His brother stated that he had communicated with the officer after the event: “He texted me last night and said, ‘I got pepper-sprayed twice,’ and he was in good shape.”

Sometime after the riot, he returned to his division office and collapsed.

It has been reported that the Capitol Police initially issued a statement denying that a police officer had died as a result of injuries sustained in the attack.

Based on available facts (which may change) it is speculative to say at this time that he was murdered or slain. His family has made a plea that the death not be politicized.

President Trump has saluted the protesters and denounced those who entered the Capitol to engage in violence.

The distinction he made is no different than claims made by democratic mayors in Pittsburgh, Atlanta, and Dallas over the summer who supported BLM protests in their cities, but condemned troublemakers.

Similarly, Senator Kamala Harris spoke about those riots on the The Late Show With Stephen Colbert in June:

Those who reported that her statement supported riots have been fact checked by Reuters, USA Today, the AP, and others, on the premise that common cause with protests should not be cast as support for any rioting that ensues.

If that is the media standard made venerable by the ritual of fact-checking, shouldn’t President Trump be judged accordingly?

It may yet turn out that a Trump supporter struck a Capitol Police officer with a fire extinguisher, causing a stroke the next day.

If so, perspective is important.

In 2017, James Hodgkinson, a Bernie Sanders campaign volunteer during the presidential primaries, opened fire on a Republican congressional baseball practice in Northern Virginia.

Hodgkinson believed that the 2016 election had been rigged by Vladimir Putin for Donald Trump. He was encouraged in this belief by Hillary Clinton, the DNC, the media, and social media.

Sen. Bernie Sanders immediately condemned the shooting saying, “I am sickened by this despicable act. Let me be as clear as I can be: Violence of any kind is unacceptable in our society, and I condemn this action in the strongest possible terms. Real change can only come about through nonviolent action, and anything else runs counter to our most deeply held American values.”

Sanders’ statement was hailed as appropriate to the moment. When someone with a peripheral involvement in politics commits a violent act, it is unfair to attribute broad political blame. It is also unnecessary for a politician to disclaim personal association with the act. That disassociation is assumed.

President Trump addressed the Hodgkinson shooting, saying, “We may have our differences . . . We are strongest when we are unified and when we work for the common good.”

The New York Times favorably noted that, “Mr. Trump steered clear of the possible political motivations of the gunman,” and instead issued a “dignified” call for unity.

That time it was okay for the president not to politicize the violence. It was even dignified. Wonder why?

THE CAPITOL, NOW PROTECTED BY THE NATIONAL GUARD

Unfortunately, lost in the fog is the legitimate grievance of Trump voters who wish to know what happened on election night.

Instead, the dominant media has turned the protest, ridiculously, into a coup attempt.

The Insurrection Lie maintains that a bare-chested-horn-helmet-wearning-organic-food-eating-global-warming-activist seized the Capitol January 6 on President Trump’s orders.

This joins The Russia Lie and The Charlottesville Lie as a way to keep the little people at each other’s throats while the powerful skim off the top.

Trump is dangerous because he calls them on the lies. The powerful need to cancel him and anyone who supports him.

The last thing they want is the sort of perspective that free speech is meant to assure.  Truth would risk people to turning their outrage on the powerful instead of each other.

We live in dangerous times and not because of the peaceful protesters in attendance at Trump’s speech on January 6. They are not the bad guys.