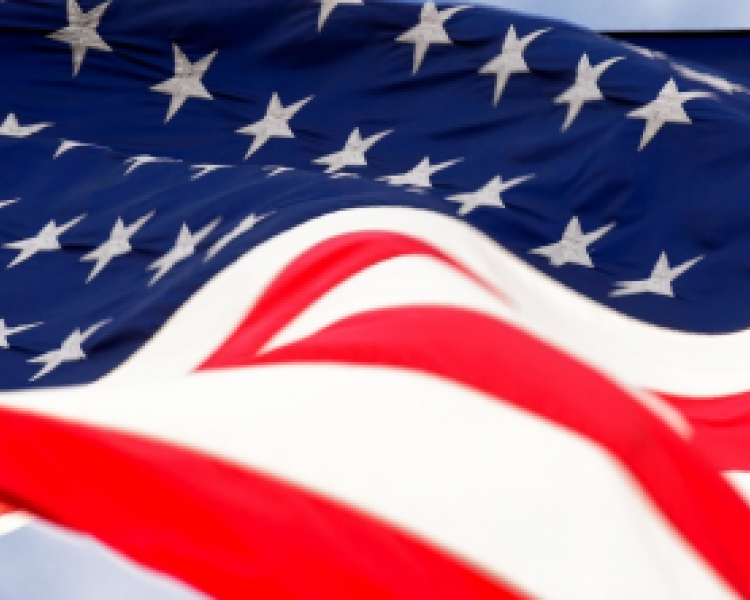 The Republican Party began in a little schoolhouse in Ripon, Wisconsin, in 1854. A small group of dedicated abolitionists gathered to fight the expansion of slavery, and they gave birth to a Party dedicated to Freedom and Equal Opportunity.

The name “Republican” was chosen, alluding to a representative form of government by the people, conveying a commitment to inalienable rights of Life, Liberty, and the Pursuit of Happiness.

The Party was formally organized in July 1854 by thousands of anti-slavery activists at a convention in Jackson, Michigan.

We know that effective, limited government works and believe that good citizenship begins with protected rights and ends with accompanying responsibilities. We believe that government needs to be limited and fully transparent and should be a last resort for individuals and do only those necessary things that they cannot do for themselves.

We reaffirm the words in the Declaration of Independence.  "That all men are created equal, that they are endowed by their creator with certain unalienable rights, that among these are life, liberty and the pursuit of happiness - that to secure these rights, governments are instituted among men, deriving their just powers from the consent of the governed."  And, we maintain that the most effective government is that which is closest to the people.

To each generation falls the responsibility to uphold the values that have made the United States the freest, most prosperous, compassionate and successful civilization in history.  As we confront security threats from international unrest and terrorism, economic threats from ever-increasing state intervention, and social and political threats from liberal cultural elites, we must also see these times as an opportunity to return to those principles that have made us great. To view the Republican National Committee (RNC) Party Platform click here.

It has been almost two and a half centuries since our Founding Fathers established our Constitution, which purpose was -- government under God and accountable to the people. We believe their vision is best preserved by supporting the Republican principles outlined below.

​1. We believe CIVIL and RELIGIOUS LIBERTY protect the sovereignty of the individual citizen.

2. We believe LIMITED GOVERNMENT is essential to a free society.

​3. We believe that upholding the RULE OF LAW and JUSTICE is based upon our Constitution and Judeo-Christian heritage.  This recognizes that LIBERTY and INDIVIDUAL RESPONSIBILITY best protect and promote a moral and just society.

4. We believe that NATIONAL SECURITY is a central function of government and that a STRONG AMERICA is a free America.

​5. We believe the preservation of LIBERTY is dependent upon the sanctity of our NATIONAL SOVEREIGNTY.

6. We believe our NATIONAL BORDERS are best protected by a fair and enforced IMMIGRATION policy.

​9. We believe ECONOMIC OPPORTUNITY insures that each generation is better off than the one before it.

​10. We believe that the FAMILY unit is the cornerstone of a free and moral society.

​11. We believe EDUCATION is critical to equip our children to be productive and responsible citizens.

12. We believe the greatest HEALTHCARE system in the world is best preserved by minimizing government control.

​14. We believe vibrant AGRICULTURE and NATURAL RESOURCE industries are critical to the health of the Washington economy and environment.

​15. We believe America must balance our need for ENERGY with the conservation of our ENVIRONMENT.

16. We believe a quality, affordable and workable TRANSPORTATION system is important to our economic survival and quality of life.

​17. We believe the INITIATIVE PROCESS is essential to providing a legislative voice for all the citizens of Washington State.

18. We condemn and will fight to stop Corruption by ANYONE regardless of party affiliation.

19. We believe in FULL TRANSPARENCY and a fair, traditional voting method with our election process. Make voting day a holiday with Same Day voting for every election. One person one vote, with ID, at the precinct level. Hand counting of the actual paper ballots, with many election observers and surveillance cameras. No mail-in voting (except for disabled and overseas military), no drop boxes and no voting machines.

​Additionally, the Founding Fathers writings have provided us an historic record of ​many fundamental Principles of Liberty, which if implemented and followed guarantee that the United States of America will have a manifest destiny to be an example and a blessing to the entire human race; here are 30 important Republican Principles of Liberty from our Founders:

​1. The only reliable basis for sound government and just human relations is Natural Law​.

2. A free people cannot survive under our constitution unless they remain virtuous and morally strong.

​3. The most promising method of securing a virtuous and morally stable people is to elect virtuous leaders.

4. Without religion the government of a free people cannot be maintained.

​5. All things were created by God, therefor upon Him all mankind are equally dependent, and to Him they are equally responsible.

6. All Men are created equal.

7. The proper role of government is to protect equal rights, not provide equal things.

​8. Men are endowed by their Creator with certain unalienable rights.

​10. The God-given right to govern is vested in the sovereign authority of the whole people.

​11. The majority of the people may alter or abolish a government which has become tyrannical.

​12. The United States of America shall be a Republic.

​13. A constitution should be structured to permanently protect the people from the human frailties of their rulers.

​14. Life and Liberty are secure only so long as the right of property is secure.

​15. The highest level of prosperity occurs when there is a free market economy and a minimum of government regulations.

​16. The government should be separated into three branches; legislative, executive, and judicial.

​17. A system of checks and balances should be adopted to prevent the abuse of power.

​18. The unalienable rights of the people are most likely to be preserved if the principles of government are set forth in a written constitution.

​19. Only limited and carefully defined powers should be delegated to government, all others being retained by the people.

20. Efficiency and dispatch require government to operate accordingly to the will of the majority, but constitutional provisions must be made to protect the rights of the minority.

​21. Strong local self-government is the keystone to preserving human freedom.

22. A free people should be governed by law and not by whims of men.

23. A free society cannot survive as a republic without a broad program of general education.

​24.   free people will not survive unless they stay strong.

​25. "Peace, commerce, and honest friendship with all nations: entangling alliances with none."

​26. The core unit which determines the strength of any society is the family; therefore, the government should foster and protect its integrity.

​27. The burden of debt is as destructive to freedom subjugation by conquest.

28. The sanctity and dignity of human life is only as secure as the right-to-life.

29. Jerusalem is the true capital of the Jewish State.

30. The essence of freedom is the proper limitation of government.

​​Other Republican policies we strongly support:

* Less regulation of business and property

* Support for strong families and marriage

ELECTIONS   * Right to vote for US citizens only

* NO mandatory discloser of Party Affiliation

* One person one vote, with ID, at the precinct level.

* Hand counting of the actual paper ballots, with many election observers

* No mail-in voting (except for disabled and overseas military)