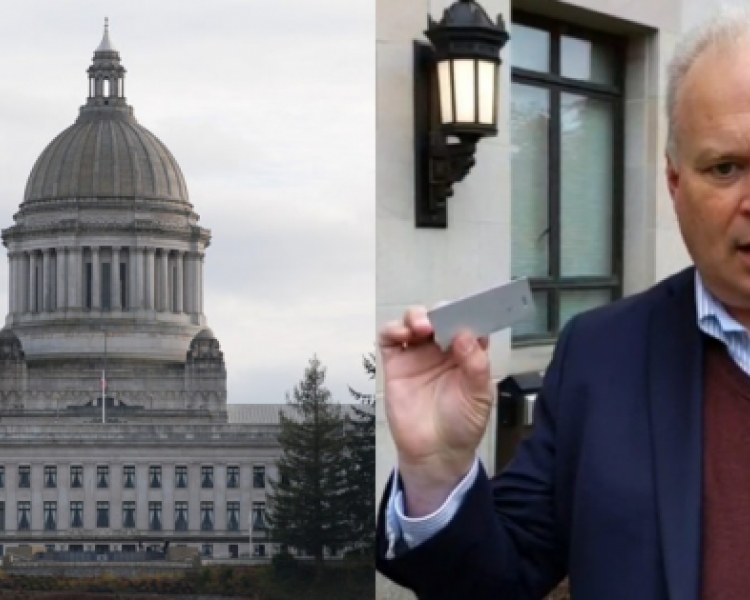 Washington: Republican Legislator Locked Out Of His Own Office Because He Didn’t Have Vaccine Passport 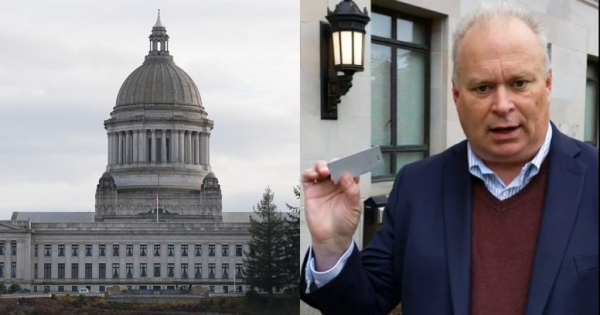 “We are absolutely falling into some sort of Stockholm Syndrome that’s taken hold of the legislature here in Olympia.”

Washington state Rep. Jim Walsh says he was locked out of his office yesterday, with his ID badge no longer functioning because he did not have his COVID-19 vaccine passport. VIDEO HERE

“It wasn’t a mistake or technical glitch,” reported J.D. Rucker of The Liberty Daily. “The rules committee for the House made an “interim rule” banning entry to anyone who doesn’t present their Covid-19 injection papers, including elected officials.

“We are absolutely falling into some sort of Stockholm Syndrome that’s taken hold of the legislature here in Olympia,” Walsh said in a live video streamed to Facebook. “Rather than being that active check against the Governor’s abuses, we’re following the Governor’s lead. That’s not what we’re supposed to be doing. We’re supposed to be standing up to that and representing you.”

“All WA House members who do not provide COVID shot papers have been locked out of Capitol campus buildings in Olympia,” wrote Walsh on Facebook.

“We are being prevented from doing the the people’s business–from representing our constituents–because of an ‘interim policy’ that most of us never voted on.” Walsh explained that those Republicans present “voted against the ‘interim policy.'”

Walsh added, “The current Governor’s unconstitutional behavior is having a corrosive effect on the other branches of government in Olympia.” He then urged voters to send more Republicans to the state legislature in 2022. “Whatever you do, help us do that!

Washington has become a flashpoint in the divide between those who demand regular booster shots, vaccine passports, and for those who refuse to be ostracized, and those who seek to live life normally while aware of the relative added risk posed from COVID-19.

Yesterday, Seattle police and firefighters turned in their boots after being fired for refusing to take one of the controversial COVID-19 injections. They then fed the homeless. National File reported:

Video footage from Seattle, Washington shows members of the Seattle police fire departments returning their work-issued boots to City Hall after being fired for not complying with the city’s restrictive and highly controversial vaccine mandate.

In footage posted by Katie Daviscourt of The Post Millennial, the fired employees can be seen trudging up the steps of City Hall, and serving food to members of the local homeless population.

Show Us Your Papers! Washington Legislators Locked Out of Government Buildings for Not Presenting Their Covid Papers

WATCH: Washington State Sergeant Gives Emotional Goodbye in Final Patrol Signoff With a Surprise Twist; Forced to Resign After 17 Years of Service Because He is Unvaccinated