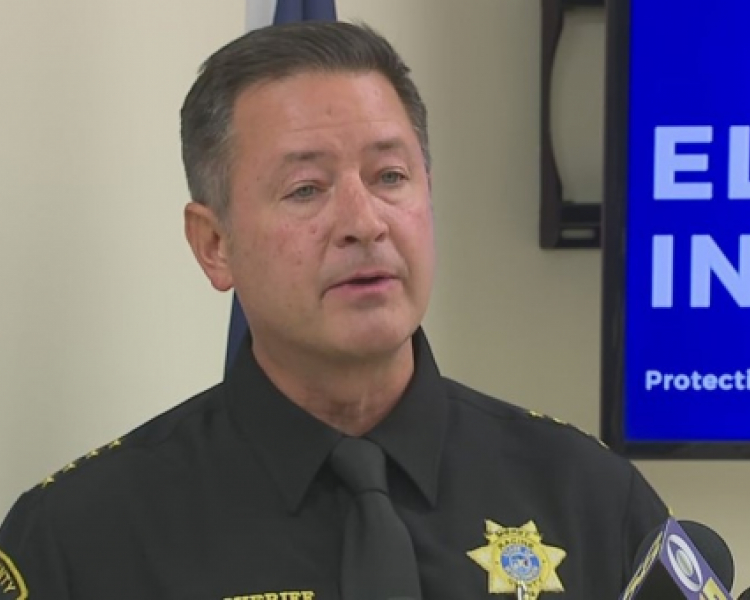 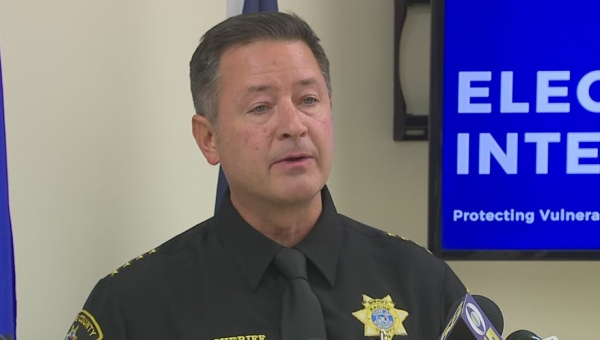 The Wisconsin Election Commission (WEC) knowingly and intentionally violated the State’s election laws and instructed subordinate election officials to do the same, according to the Racine County Sheriff, Christopher Schmaling.  In a shocking press conference on Thursday, law enforcement officials from the Racine County Sheriff’s Office laid out their case of election fraud in Racine during the 2020 election.  The investigation focused on abuse of voters confined to nursing homes and assisted living facilities.  Investigators discovered that Wisconsin Election Officials expressly discussed that their proposed conduct for the 2020 election would violate state law, and yet they decided to do it anyway.  They memorialized their decision in a letter they wrote and disseminated to every single county clerk’s office in Wisconsin.

Sheriff Schamling stated that officials indicated that they “needed the flexibility to violate the law,” and that they needed to “instruct county clerks to break the law.”  Despite the blatant absurdity of the statements, the express illegality of their activities, and the fact that they were all being recorded on their Zoom meeting, election officials went ahead and violated the law anyway.  The sheriff’s office played the video from the Zoom meeting of the commissioners discussing their need to break the law and instruct others to do the same.  Couple that with the confirmed activities that actually occurred during the 2020 election, and Sheriff Schamling has a very compelling case of election fraud.

Specifically, the letter from WEC instructed county officials to not allow Special Voting Deputies into nursing homes.  These individuals are trained professionals responsible for ensuring the rights of the nursing home residents.  They’re also responsible to ensure the elders are not abused for their voting privileges and that no ballot harvesting or other illegal activity takes place.  WEC decided that due to COVID, it was too dangerous for these individuals to enter the facility, despite the fact that Wisconsin state law requires them to be a part of the process.  By requiring county clerks to exclude these deputies from the election process, WEC committed election fraud.

State leaders and nursing home administrators thought it was safe enough for the fish tank maintenance worker to enter the facility, Door Dash delivery drivers, vending machine workers, elevator repairmen, bird cage cleaner, and copy machine vendor, but it was too dangerous to allow Special Voting Deputies inside to ensure that no abuses of the rights to the elderly were taking place.  It’s a preposterous position to take, but it’s the position WEC took.  It’s also a violation of Wisconsin Statute 6.875.

The sheriff and his sergeant told multiple horrific stories of victimizing the elderly for the purpose of stealing their vote.  On multiple occasions, election workers cast ballots on behalf of incapacitated residents of the nursing home.  Those residents who were not lucid had ballots cast on their behalf if they were simply capable of pointing to the ballot.  Election workers then interpreted that point as an affirmative vote for a specific candidate.  Multiple family members of nursing home residents attended the press event to voice their concern that their loved ones were manipulated for their vote.  Some of the complaints stated that election workers cast ballots on behalf of incapacitated residents in accordance with how they “voted last election,” despite the fact the resident was not cognizant, nor capable to consenting to the vote.

Sheriff Schmaling stated that they believe this happened in most of the nursing homes in the state, but that they would enforce the law as it pertained to those in Racine County.  There were 11 nursing homes in Racine and all are believed to have suffered the similar abuse.  There are 72 counties in Wisconsin making for hundreds of nursing homes subject to this abuse, and hundreds of ballots were used in each of the nursing homes.  Based on just nursing home abuses and election fraud, there could be as many as 50,000 – 100,000 fraudulent ballots cast in Wisconsin during the 2020 election.  Biden supposedly won the state by 20,682.  This is more than enough fraud to have changed the outcome of the election.

The Wisconsin Election Commission orchestrated a criminal and fraudulent election.  The sheriff has said that he is referring the crimes to the Racine District Attorney, Patricia Hanson.  Hanson is an elected Republican and will be called upon to prosecute these crimes.  At the same time, the Wisconsin legislature has more than enough evidence to show that the results certified in 2020 are fraudulent and must be decertified. It’s incumbent upon the Republican state legislature to stand by the laws they pass and not allow criminal activity to overrule law and order.  The Wisconsin State Legislature is primed to decertify their election.  Will they?