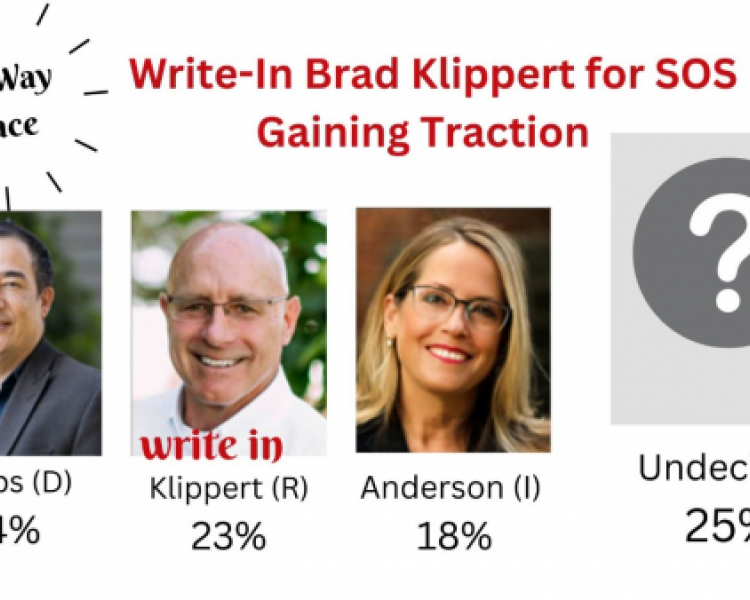 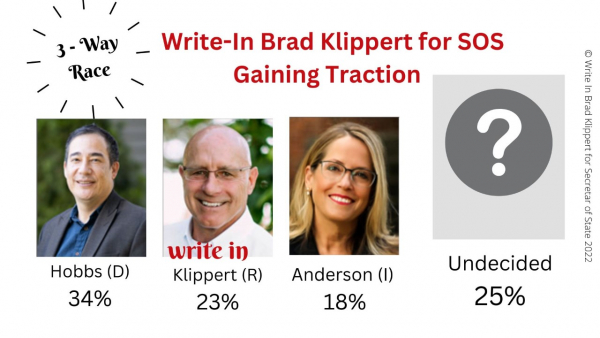 Last week the Northwest Progressive Institute (NPI) published the results of a poll of likely voters that demonstrated that the Brad Klippert write-in campaign is gaining traction and getting the attention of the voters and media outlets.

When Klippert, a seven-term Republican state representative, was included in the choices offered to respondents, he earned 23% of the likely vote, compared to Democrat Hobbs’ 34% and non-partisan Anderson’s dismal 18%. A substantial 25% of the likely voters were still undecided.

In this three-way race, if Brad Klippert can attract just over half of the undecided voters, he could gather enough support to win his write-in campaign for the important secretary of state office, which manages elections, the state archives, the state library, and business and non-profit registrations.

According to NPI’s analysis of the poll results, “Once respondents have the option of picking Klippert, a proud and declared Republican, Anderson’s support collapses. Meanwhile, Hobbs holds steady, with an ever so slight increase in support of one percentage point (33% > 34%).”

Klippert vows to work with the legislature to remove many of the “legal” ways to cheat that have been introduced into law over the many years of one-party Democratic control of the Washington state legislature. Motor-voter registration, vote-by-mail, and election rules that reduce transparency are some of