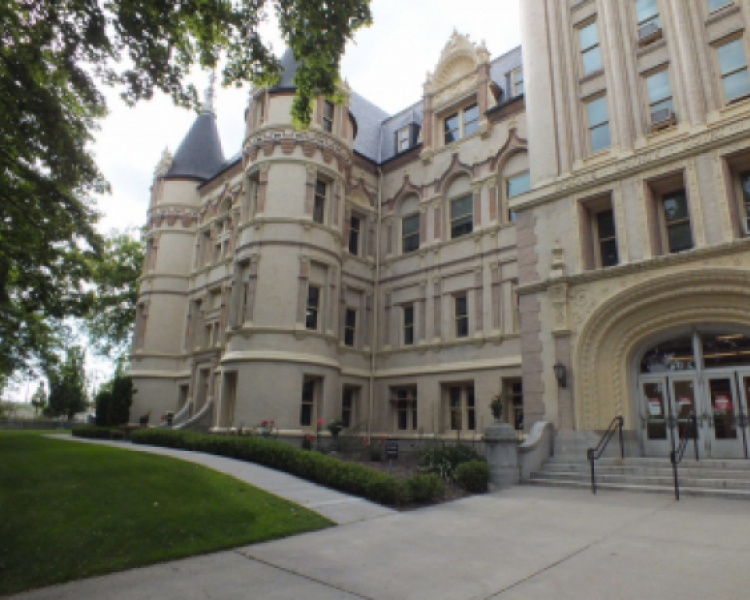 After the 2022 August Primary Election, I reported about the new Sham Risk Limiting Audit (RLA) being done in Washington State, and most specifically in Spokane County.

In the 2022 General Election, Spokane and King County both chose to do a RLA. These are not genuine "audits" and are so bad that they are not just Sham audits but truly Scam audits.

In Spokane (Lo and Behold as in the primary) the 3rd Legislative District Position 2 Race was somehow once again "randomly" selected by the County / SOS for the general election, and the numbers were even more ridiculous! It was to be an "audit" for the race to make us all feel confident that every one of the nearly 50 races in the 2022 general election in Spokane was fair and honest...

Through the ARLO Software Algorithm Program, a "random" sample size of 129 total countywide ballots was determined to be "audited" out of about 221,800 ballots counted (about a 0.058% sample size). Election Observers were not told much of anything else, and Not given answers when they asked for more data. It was noted by an observer that only "A Few" ballots (of the total 129) were chosen to "audit" out of the approximate 60,200 total ballots tabulated in the actual LD 3 (Pos 2) race itself. If all of that is not bad enough, there were four known discrepancies in the audit. Two of the ballots did not have a readable jpeg on the top of the ballot, and two more ballots had issues because election employees pulled the incorrect ballots to audit in the first place. 4 issues out of 129 ballots is a 3.1% error rate... But I guess that is good enough in Spokane and WA State SOS elections...

QUESTION: Why would you audit ballots from all over the county OUTSIDE the 3rd LD for a 3rd LD race?

OF CONCERN: Auditor Dalton has chosen to eliminate the Random Batch Audit and replace with the Risk Limiting Audit for Spokane County.

The current "Random Batch Audits" (RBA) being used in 38 of the 39 counties are also not true "audits" and only look at a very small percentage of ballots / ballot images; in most WA State Counties it is 6 batches of about 50 per batch (300 ballots total). RCW 29A.60.170 (3). This requires checking the results for one race by randomly selecting 3 precincts or 6 batches for the audit. RBA do nothing to verify if the ballots themselves are counterfeit.

OF INTEREST: For the 2021 elections, WA State had a pilot program in 9 counties implementing "Risk Limiting Audits" (RLA). According to the WA SOS, a RLA is a post-election audit that ensures election results match what the voters selected. Problem being, in Arlo, there is an algorithm connected to all the ballot images from the election, the software program tells the elections officials which ballots to pull to "audit" the election.

In Nov. 2019, the US Department of Homeland Security announced it would partner with Voting Works to Pilot the use of its Arlo vote verification software in the six key battleground states during the Nov. 2020 election. Arlo is touted as being able to ensure the outcome of an election is statistically likely and is being promoted through Voting Works (a 501 non-profit). Voting Works was created by the left-leaning Center for Democracy and Technology (CDT), a major donor is George Soros through his Foundation to Promote Open Society.

Very interesting that in the Spokane auditor race well known Republican Candidate Bob McCaslin was down about 1,000 votes the last two weeks of the election before certification, and during counting despite Republican voters voting late and holding their ballots in mass, McCaslin never made up any ground falling 0.5% (about 50 votes shy of a mandatory recount.)..This was a countywide race against a known corrupt 4 term incumbent who got to certify her own election, where Tiffany Smiley easily won by about 9 points and nearly 20,000 votes.

In King County the 2022 RLA numbers were even more insane. The 9th Congressional Race was "randomly" chosen where 239,363 votes were counted, a grand total of 59 total ballots were picked to "audit." Of the 59 ballots ONLY 12 were actually in the CD 9 Race itself or about 0.005% sample size, the other 47 ballots were in districts outside the CD 9 race (part of the 894,300 total ballots counted countywide). The only good news is that King County elections (unlike Spokane) also did a Random Batch Audit, still not much of an "audit," essentially a hand recount of a small percentage of the total 894,300 ballots tallied. This makes absolutely NO SENSE!

No one should take these RLA seriously as being true audits. These are not legitimate audits and are a complete joke, shams and are an absolute scam to the general public that is being misled by the Counties, SOS and Democrat Operative media.

QUESTION: Why would you audit ballots from all over the county OUTSIDE the 9th CD for a 9th CD race?

OTHER ISSUES: By definition and design the RLA is supposed to be preceded by an Audit Trail of the Election System. There is none provided.

OF NOTE: According to the Election Assistance Commission (EAC) website and via PRR both Spokane and King County's Clear Ballot Group 2.1 Voting Systems Software configuration were NOT certified by the EAC at both the federal and state levels for any of the 2022 elections. This violates RCW 29A.12.080, RCW 29A.12.101, and WAC 434-335-060.

WHAT ARE THEY TRYING TO HIDE?: Washington State is one of several states in the country where Cast Vote Record (CVR) data is not available to the public. CVR data would allow for an easy and simple audit of each election. They are digital records of all the votes for candidates and measures for the ballots cast in an election.

IMPORTANT: These types of "audits" are not genuine audits and do nothing to verify if the ballots themselves are counterfeit!

It is very apparent that many of the RCW's and WAC's are intentionally written vaguely by Democrat controlled lawmakers and administrative agencies to reduce transparency. It is shameful that County Auditors, the State Auditor Association and the Secretary of State do not care about transparency for our elections and would rather have fake sham "Audits" in our state!

Is it any wonder why voters are distrusting of the election process and the officials that oversee and administrate our sacred elections? How long can we continue to trust a system and administrators that use terms like "Audit" when there is no real Audit?

WASHINGTON STATE ELECTION FAKE "RECOUNTS" THAT ARE NOT RECOUNTS